Turn That Noise Down - Alice In Chains 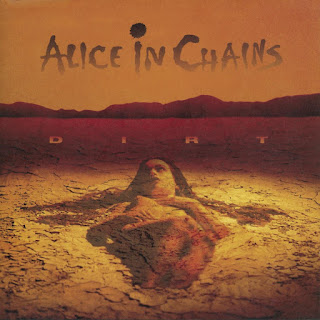 So many well-known albums turn 30 this year and Steve Taylor-Bryant and Susan Omand travel back to 1992 to revisit some of the sounds of their youth that made parents shout "Turn that noise down!" This week, Steve digs up some Dirt...

"Beautifully haunting", "despair filled joy"; these are not the ramblings of a madman, nor my usual kamikaze approach to the English language, they are polar opposite descriptions of how my very soul feels whenever I’ve finished a listen to Dirt by the incomparable Alice in Chains. There is true horror and suffering that is trying to crawl its way out of every song but this is also a melodic masterpiece that has you trapped in your chair unable to do anything but listen in awe to what a perfect album sounds like. Every song shows the pain that Layne Staley was in, gripped by a heroin addiction that would eventually and so tragically take his life, but mix that voice with the unique guitar style of Jerry Cantrell and diamonds appear in the Dirt before your very eyes. Or ears. I’m not great with metaphors.

There are few albums in existence that start as strongly as Dirt does with the incredible Them Bones which, if you weren’t familiar with AiC before Dirt, left you in no doubt about what you were about to experience. Dam that River and Rain When I Die continue in that AiC style until Down in a Hole which, melodically, at the beginning traps you into thinking Alice in Chains have slipped into 1980’s power ballad territory, before it elevates once again when the vocals kick in to become a barnstormer of an emotional song.

The album is track after track of dark beauty which spawned 5 singles and, unsurprisingly, it could have been all 13. Whilst 1991 was probably the greatest year for rock releases quantity wise 1992 was a great year for quality and, for me, a retrospective of the year wouldn’t feel right if I didn’t start with one of the best albums ever released by any band. Don’t @ me!
[No, we couldn't get him to decide on a favourite track from the album so here are ALL FIVE singles! Happy New Ears... er ... Year - Ed]

Down in a Hole