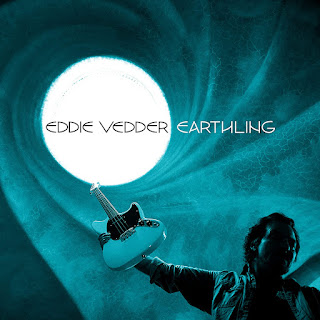 With a new solo album, called Earthling, out next month, Pearl Jam's Eddie Vedder has released his latest single, Brother the Cloud. Have a listen...

Earthling, which will be released on 11th February and is produced by Grammy Award-winning producer Andrew Watt, is Vedder’s first album since 2011’s Ukulele Songs. Brother the Cloud is the third single off the new album and joins previously released tracks: Long Way and The Haves.

Vedder previously performed with the likes of Smith and Klinghoffer during an impromptu festival set in California back in September. The band covered songs by R.E.M. and Prince during the performance.

The Pearl Jam frontman has also collaborated with Hansard on eight new compositions for the Flag Day Original Motion Picture Soundtrack. The Soundtrack features noted singer-songwriter Cat Power who contributes three new original songs, along with one cover, and the debut of Olivia Vedder on two tracks. The thirteen-track soundtrack serves as the musical companion to the Cannes Film Festival selected film Flag Day starring and directed by Academy Award winner Sean Penn and starring his daughter Dylan Penn.