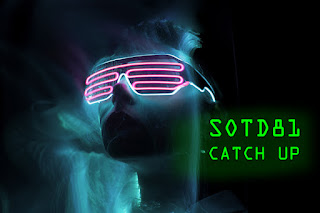 And so, to my last catch-up collection of the year. I’ve rather enjoyed this way of re-visiting the music of 40 years ago and I hope, dearest reader, you have too. This week’s bag is a real eclectic mix and I hope you enjoy it. Comments and feedback are always welcome [Are you serious??!!! – Ed] so as we move into 1982, as it were, please let me know about stuff I’m not covering.

Our first choice is the daughter of a ‘50s rock’n’roll star whose father wrote her records (along with her brother) and this is the first of her records that really caught my imagination – clearly, a protest song of sorts, Kim Wilde sings Cambodia in her usual, almost boring way but the music and lyrics are superb.


Ok, ok, some pop-mush that many will outwardly hate but inwardly like – yes, you know who you are. I actually bought this duo’s first release (Shooting Star) back in 1978 as I thought it was a good pop record. Yes, I’ve always thought the pair to be a tad ridiculous and David van Day trying to take over Bucks Fizz over the past 20 years has been hilarious, but this is also a good pop record and it kind of suits the season.

And speaking of Bucks Fizz [Do we have to??? – Ed] we come to a year end seasonal offering. After winning Eurovision they went on to enjoy some success but kind of dissolved a few years later. Several decades after that, they were all friends again and on tour. My best mate bought this record and didn’t like it when I scoffed.

1981 was also a huge year for The Human League and they hit a peak with Don’t You Want Me. Number 1 in the charts for a gaggle of weeks and taken from a superb album (Dare), this clinched the best-selling single of 1981 and it’s not surprising. My preference, however, is The Sound of the Crowd as featured in the first of this year’s catch ups.

I have no memory of how I discovered this next choice but I think it may have something to do with the follow-up single in 1982 (more on that later). The first of only 2 “chart hits” that barely troubled the charts at all, Me and Mr Sanchez is a lot of fun – Latin American jumpy tuneful fun. I wonder what happened to Blue Rondo à la Turk? I wonder what any of it meant?

Not so subtle change of tack for our next choice. The very very frosty start to October 1981 saw a series of epic proportions brought to our TV screens – the first television of Evelyn Waugh’s celebrated novel Brideshead Revisited. There is at least one if not several potential articles here but all I’ll say is that the subject matter, the production values and the music entranced me and had a great impact on me. A TV theme tune has never done this before or since – no, not even Black Beauty!

Many a humorous (pub) discussion was had about this next record. It’s not urban myth that Jean-Jacques Burnel told a journalist what it was exactly about whilst the record sat at nr.2 in the charts and had been played by Jimmy Young on Radio 2 (far less trendy 40 years ago than it is now). However, Hugh Cornwell had also said that it was about girls (he’d encountered). Either way, Golden Brown divided The Stranglers’ fans in an explosive way.

And to end our expedition back to 1981 is a record I have always loved. Those of you who’ve read some of my ramblings in the past may have gathered I have a liking for electronica. Therefore when Jon Anderson of prog rock band Yes fame teamed up with electronica wizard Vangelis, magic happened. I’ll Find My Way Home is a wonderful record and also, somehow, very fitting for the time of year.

Seasonal and non-denominational greetings to all.