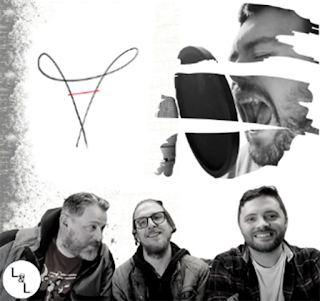 Band news is like buses - you think you wait for one and then three come along at once, as Lights and Lines record label have announced THREE new band signings in the last week...

Here are all the press releases, and remember the best way to get his music into your life, as well as all of the other fantastic Lights And Lines releases in 2022, is to grab yourself a subscription to the label here. 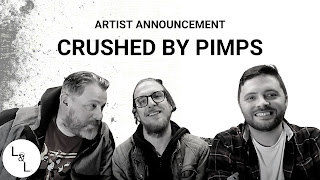 A fusion of post-Punk, prog rock and electronic music, Crushed By Pimps blew the crowd away with their stunning last minute appearance at the 2021 Off The Record Independent Music Festival.

And, perhaps not surprisingly their exclusive track Makes You Think on the Lights And Lines charity compilation Letters To Sonny Vol. 1 has been one of the most talked about tunes on the 19 track album.

The band have been busy recording this year and we're thrilled to be working with them to put the new must-have Pimps releases into the hands of music lovers everywhere next year. More info to come soon on what we'll be releasing and when, but needless to say you won't have to wait too long for something pretty special!

Label Manager, Mike Five, had this to say about the partnership, "Crushed By Pimps debut album in 2018 was one of the most important records of it's time. They managed to capture the dissonance and disorder of the world at the time perfectly in this unique fly on the wall commentary on society. I can't wait to share with you what they have to say about the world in 2022!"

The band were thrilled to be joining the fold, saying, "Here at Pimp Towers, we're absolutely stoked to be working with Lights and Lines, and Mike. We're jumping in with some fine acts already involved on this brilliantly curated label, and can't wait to get going." 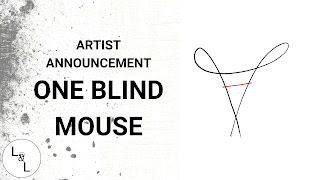 Avid followers of the Lights And Lines label will have seen One Blind Mouse's name appear quite often in the credits of various releases as the man behind the mastering. Fewer people perhaps will know that he is also an outstanding musician - and we're very excited about this upcoming release.

But be warned, this isn't music for the feint hearted! One Blind Mouse composes idiosyncratic, experimental music that often seems unpredictable - but always has a purpose.

"After working together closely on previous LAL releases I'm really excited that we're now putting an album out. I know that our followers and subscribers, and music lovers everywhere, will be very pleasantly surprised by this one when it comes out!"

Known for his objectionable musings and extremely dry wit it was no surprise to hear One Blind Mouse say: “From my serious side… I am blown away at the prospect of having a CD on L&L…beyond flattered..! From my not so serious side… It’s about fucking time."

More information about the album and what to expect will be coming very soon... 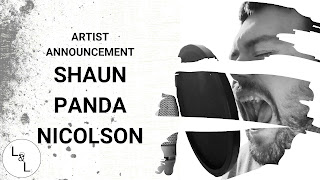 Many will know Shaun Panda Nicolson because of his amazing and insightful music interview podcast 4 Songs And A Dream - but few will know perhaps that Shaun is an incredible musician in his own right. We're delighted to say that we'll be sharing a lot more of Panda's music with you in 2022, working together on an exclusive release!

Once described by himself as "Scottish islander sad Indie music" Shaun Panda Nicolson writes beautiful indie-folk tunes that give a nod to traditional music and add a modern twist. Shaun's beautiful voice is filled with effortlessly rolled R's and broad island intonations, all softly packaged up in rich harmonies and outstanding melody.

We predict that while not many people have heard his music yet, LOTS of people will be wanting more when they hear Shaun Panda Nicolson next year!

On working with the label Shaun said: "I’m excited about working with Lights and Lines because their ethos and general ‘can do’ attitude has blown my mind over the past year.

"The community that has been built is a wonderful and rare thing these days, and I’m so incredibly happy to be a part of it. I just hope I can live up to the already stellar line up of acts released by the label!"

There'll certainly be no problems with living up to our expectations! Label Manager, Mike Five, was just as excited: "Shaun Panda Nicolson uses his voice for good interviewing musicians from all over the world on his amazing podcast. Little did I know until recently what else that voice could do!

"I was floored when I first heard Shaun's music. Absolutely stunned. Fans of the label will know that we don't care about genre, we're working with heavy noisy bands, folky / bluesy artists, and everything in between. We only work with bands and artists that we think are special though. And as long as those special artists have heart and a good story we're interested - Shaun has bags of both!"

You can hear an exclusive demo of one of Shaun's tracks on the Lights And Lines compilation album Letters To Sonny Vol. 1
Find Shaun Panda Nicolson on Twitter @PandaShaun and Instagram @Spnicolson