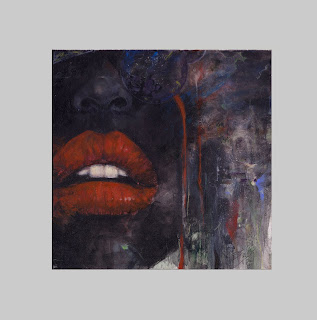 Brighton based Alt-Rock/Grunge band Torrid (A Love Affair) have released Good Enough, the first single from their debut self-titled album due out on Lights And Lines record label in February 2022. Have a listen ...
Press Release

For fans of heavy rock and 3 part vocal harmonies, Good Enough is a great introduction to Torrid's unique sound, a contemporary twist on Alternative Rock with Grunge and Prog Rock influences.

Lead singer Sarah Delangri describes Good Enough as one of the songs the band are most proud of, saying "It's got a melodic feel, with catchy hooks and heavy guitars, and explores the inequality of the parent-child relationship."
As a precurser to the debut album ,Lights And Lines also recently shared some of the demo tapes from the recording sessions as a Bandcamp ONLY exclusive.

The Tapes is a mini-EP featuring 4 rough versions of album tracks, not produced fully or polished for release. Instead they're sketches intended for personal reference, now available as a collection for the first time to stream and/or download. Think of this as an insight into the songwriting process and a teaser for what's to come! 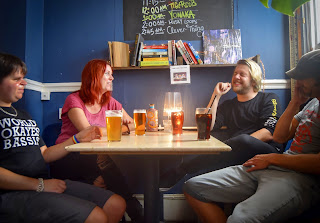 With Grunge and Stoner rock influences such as Queens Of The Stone Age and Alice In Chains, Torrid (A Love Affair) write melodic, heavy, and hook filled songs that are punctuated with 3 part harmonies and packed full of emotive, semi-autobiographical themes.

Lyrically the upcoming debut album looks at the way people love, hate, and see themselves and others covering topics such as personal relationships, bullying, and self-reflection.

A welcome return to playing live came on the main stage at this year's Off The Record Independent Music Festival in Brighton as the band drew the biggest crowd of the event.
Images & info - Lights & Lines
Buy or stream Good Enough on Bandcamp
Email ThisBlogThis!Share to TwitterShare to Facebook