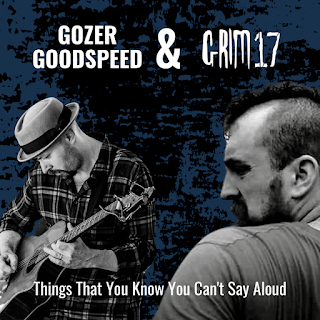 Lights And Lines label mates Gozer Goodspeed and GRIM17 have teamed up for a brand new and exclusive single in support of the label's first charity compilation album, Letters To Sonny Vol 1. Listen to Things That You Know You Can't Say Aloud...

"Look man no hands, look now no wires, I'm on the edge, with the flickering fires, burning in the distance, beckoning, beckoning."

GRIM17's influence kicks in as the song progresses as the first crackles of this song's anthemic drum beat are introduced followed by his powerful backing vocals. The song builds quickly into something of an anthem showcasing some of the best bits of each artists performance.

The song was kept secret at first by the two artists from Label Manager, Mike Five, who said:

"This is a bit of a dream for me. I only choose to work with artists I love and admire and I've always imagined and hoped that some of the people on the label would one day collaborate together.

For Gozer and GRIM to get together in the context of a charity album that means so much to me personally - and to keep it a secret from me until the last minute - means the world to me! And the song sounds AMAZING!"

Things That You Know You Can't Say Aloud is the opening track on Letters To Sonny Vol. 1, the label's first charity compilation album, which is released to buy and stream on Bandcamp with the aim of raising money for Young Epilepsy in the UK.

The compilation was put together by label Manager Mike Five, following his 8 month old son's diagnosis with epilepsy earlier this year. "Watching my young baby helplessly have a seizure and not knowing what's going on or how to help is a memory that will never leave me. This happened several times over a number of weeks until he was diagnosed and given medication," explained Mike in a blog post on the record label's website, adding, "The team at Young Epilepsy work tirelessly to support children and parents who find themselves in similar situations. We've already had some help from them to understand things at the beginning of our journey, and I expect we will need them again in the future. I want to give them something back, and this is my way of doing that with half of the money from sales of this compilation being given to Young Epilepsy." 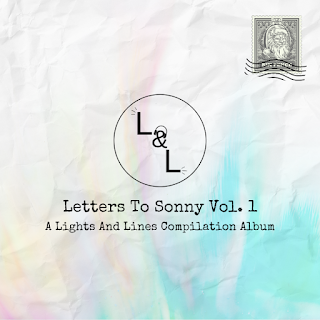 This unique collection features 19 tracks by a variety of independent artists affiliated with the Lights And Lines label, including Gozer Goodspeed, Grim17, Wily Bo Walker, Phil Thomas, The Kintners and more.

Put together in 2 parts, going with a similar theme to the New Music Saturday podcast that Mike Five also co-hosts, the first half of the album is made up of more guitar based music, while the second half takes listeners down the rabbit hole into the less traditional side of the independent music scene.

Mike said of the album, "Almost all of the tracks on this album are unreleased at the time of publishing, and many will never be released anywhere else. We've been really lucky to have so many amazing tracks submitted, and it was really difficult to choose which ones to include.

"A huge thank you goes out to all of the bands who let us use their music for this special collection. Please look them up and check out their back catalogues, there are hidden gems everywhere!"