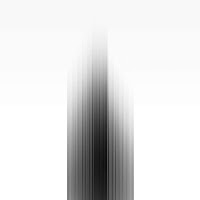 For Educating Omand, Susan Omand has been listening to music that she missed out on first time round. This year, our team of writers suggest albums for her to listen to in Educating Omand: Gap Year. This week, it's Sundowning by Sleep Token, suggested by David Ames ...

I understand completely why Mr Ames wanted me to listen to the “Deluxe” version of Sleep Token’s album Sundowning. That last track… but more on that later.

This is a really cool album that I urge you to listen to (apart from track 8 but, again, more on that later) by a band that I’d never heard of before, which is what Educating Omand is all about. Let’s go track by track, shall we?

The opener, The Night Does Not Belong to God, is a laid-back rock track that, weirdly, reminds me of The Lighthouse Family at the start, it’s got that kind of “driving at the beach” vibe. The a cappella is utterly beautiful and it counterpoints much heftier second half of the song incredibly well.

Next up is The Offering and it is incredibly dark with an industrially distorted bassline overlaying a simple plinky melody and the gorgeous vocals. The bends in the second half guitar are stunning and throws you emotionally all over the place. I love it.

A very gentle start of stripped back piano and voice starts Levitate, which is beautifully melancholic and had me thinking “don’t spoil it, don’t spoil it” as it went on. They didn’t spoil it. It did get heavier though with heartbeat like drums and a proper “stand up off your stool” balladic key change that really made me smile.

Dark Signs has a marvellous low electronic drone underpinning a choral start before the singer starts. I really think I’m falling a little bit in love with his voice. It’s one of those voices, like Seal, Prince, Lenny Kravitz etc, that has that indefinable, shiver-inducing, “something” that I could just listen to all day. Who is this guy? Anyway, the use of electronica, plinky synth and drum machine, in this track is also brilliantly done - intriguing but never over-powering - different but not incongruent.

Higher is the song that you’ll sing at gigs. It has that anthemic feel at the start, with epic thumpy drums and a simple melody, it’s a solo battle cry. It builds beautifully, gaining power, emotion, to a finale that dives the depths of dark metal and is atonally stunning.

A complete contrast with a folky falsetto opening the next track, Take Aim. With acoustic guitars over a waltzing backline, it’s a light and almost poppy refresher in the album.

Give is next and it is back to the laidback R & B feel of the start of the album. Probably the least interesting [not least liked, that comes next - Ed] track on the album for me, yes, easy to listen to and still enough there to make it worthwhile.

Then we get to track 8. Gods. No, that wasn’t an expletive, that’s the name of the song. While the music is back in among the dark industrial genre, and well done as always, my beautiful vocal has totally gone to be replaced with awful [Gods-awful? - Ed] tuneless roaring. It shatters the illusion entirely. I realise this is likely a deliberate act but feels to me like an act of vandalism - like squirting ketchup on a Van Gogh - and completely spoils the whole album for me. The song does improve for a bit half way through, with a tremendous drum break, but it will not be listened to again.

Anyhow, back on track, literally, with Sugar and we get, in complete contrast, harp, synth and falsetto wanderings that are as syrupy as the title suggests. The harmonies are beautiful and the song darkens exactly what you want it to.

Say That You Will is next and starts off sounding like the most radio/chart friendly song on the album in a singer/songwritery kind of mode. The oceanic backing adds interest - seriously it does sound like the waves on the shore - and then the stunning industrial guitar descends, covering everything wonderfully in crashing thunder before it lifts again with a sense of petrichor at the end.

Melancholic ticking piano introduces Drag Me Under and it is just such a gorgeous song, no darkness needed from the guitar as the desolation of the lyrics does the work.

Blood Sport is the final track on the normal length album (remember I was told to listen to the deluxe). The piano intro actually reminded me of Coldplay’s Scientist, but it soon got over itself to provide a catchy, if bleak, chorus and the build of layers as instruments are added before the cliff edge drop off at the end is just sublime.

The deluxe version continues for four more songs and oh my word does it! Parenthesised as (from the room below) they are just that voice and a piano and they all gave me goosebumps. There is a version of Blood Sport that reduced me to tears. Shelter has a gorgeous hollowness about it that made me sit open-mouthed. Their cover of Billie Eilish’s When The Party’s Over broke my heart all over again but it’s the final, really final this time, track on the album that is the absolute winner for me. Another cover version, but this time like you’ve never heard it before, and I’ve added it below as my favourite on the album because it’s such a sparkling surprise but, truth be told, nearly every track was a favourite. Thank you, thank you, to David Ames for introducing their music to me and now I want to introduce it to you. You really do need to listen to this album and more people need to know about Sleep Token.

Annoyingly, I can find out very little about the band online - it seems to be a “thing” that they are masked and anonymous. I’d love to be able to name them and give that vocalist the huge, huge accolades he truly deserves. Am I educated? OH, HELL YES. I need to find out more about this band, that singer, and listen to EVERYTHING I can find from them. For now, though, Sundowning is on regular repeat for me (minus track 8 of course).