Turn That Noise Down - Smashing Pumpkins 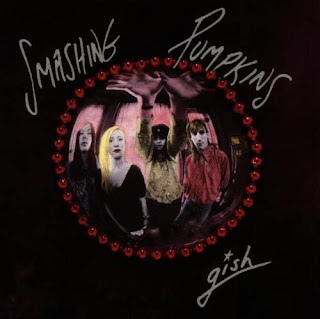 So many well-known albums turn 30 this year and Steve Taylor-Bryant and Susan Omand travel back to 1991 to revisit some of the sounds of their youth that made parents shout "Turn that noise down!" This week, Steve is goes giddy with Gish ...

1991 was the year I discovered that alcohol was going to be my friend for the next few years. I left school, built rally cars and played drums in a band. I drank snakebite, and Pernod, and I drank until I fell over and then got up and drank some more. Wine was just the stuff old people drank, I liked fall down juice. I say this because it kind of explains my musical life at the time. I liked the brash, the loud, the fast and had no time for things that me feel or, god forbid, think and this is why it took me years until I got into Smashing Pumpkins. To me, who had only heard Rhinoceros in 1991, the Pumpkins were wine. Sophisticated music for the older crowd but, like wine, my tastes changed over the years, and I discovered that I liked the Pumpkins fine and an expensive Merlot can make you fall over just as well as cider. So, thirty years on, it's time to let the Beaujolais breathe and sip from the cup of Billy Corgan et al.

There is much to love about the debut album Gish. It sounds like a well-constructed record, produced perfectly, rather than a garage band found some money, and that is why maybe this album holds up as well as it does, despite the fact that the more psychedelic elements of the album still aren’t quite to my tastes. The songs are all fine, some are actually superb, but it is beneath the guitars and lyrics that my idea of true beauty is to found with the drumming of Jimmy Chamberlin. Frenetic yet soulful, heavy yet light in the touch, here was the almost perfect example of the types of drumming that were beginning to come to the fore with the advent of alt-rock or grunge. Gone was the straight up 4/4 stick twiddling show off drums and in was a heavy rock version of perfect jazz percussion that just elevated tracks. Jimmy Chamberlin, Matt Cameron, and the likes of Dave Grohl and Dave Krusen started to become the norm in modern drumming on pop and rock charts and made ‘best drummer’ lists harder to compile. Whilst Matt Cameron with Soundgarden and now Pearl Jam is probably the bar setter, Gish shows Jimmy Chamberlin to be a near equal and he turns the Smashing Pumpkins' debut record into one I will happily relisten to again and again.

Drumming aside the album highlights for me are probably Siva and I Am One, both singles and relative successes, and I have a lot of time for Crush and Window Paine. Smashing Pumpkins really were worth the wait in the same way that discovering a nice Pinot Grigio is better than Mad Dog 20/20 [Is it, aye? - Ed].