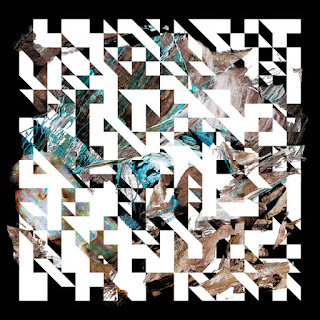 Describing themselves as "Scottish/American Sonic Terror," Frontierer have a new album out called Oxidised. Ruairi B gave it a listen...

Despite its relative mainstream obscurity, I would argue the genre of mathcore is more popular than it’s ever been. Chalk it up to the demise of The Dillinger Escape Plan causing newly-nomadic fans to find their fix of atonal musicianship elsewhere, or maybe sustained interest in first-wave metalcore going into the 2010s (either by the continued work of Converge or from revival bands like Jesus Piece or Knocked Loose); it’s a style that’s fortunately found its audience.

A recent head-turner within the genre is Frontierer, a blistering quintet from Edinburgh, who set the mathcore world ablaze with their EP “The Collapse” in 2013, then fanned the flames further with two scorching full-lengths in 2015 and 2018. They’re also a band I was delighted to see live at a small venue in 2019; an event that still stand out to me as one of the friendliest gigs I’ve attended. Now, after three years, the band returns with Oxidized.

Despite my affection for them, Frontierer’s two previous albums have one, gaping flaw that hinder their excellence: the generous usage of binary, Meshuggah-inspired guitarwork which, despite being rhythmically impressive, becomes fairly turgid. Orange Mathematics provided some groovy highlights and pitch-shifted guitar shrieks, but the meat of the record fell into a lull of tiresome djent riffing, leading to humdrum repetition and eventual monotony. Unloved tried to remedy this with denser songwriting, but largely grappled with the same issue of chug-chug-chugging just a tad too much. It makes for powerful, thundering live performances, but results in tedium for front-to-back listening, helped no less by the sizeable length of their records. It’s frustrating, because their potential to get really wild with their effects never felt as realised as it could be.

As Oxidized was revealed to be a 16-track mammoth like Orange Mathematics before it, my doubts became dread that the band had gone for excess over improvement, and the album would fall into the same palm-muted ennui as before. 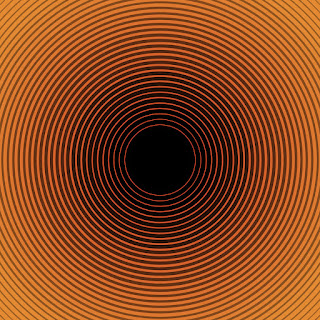 With that expectation considered, Frontierer have gone and proven me wrong at every foreseeable opportunity, making me feel like a bonehead for ever doubting them in the first place.

Oxidized is one for the books. This is complete musical delight distilled into fifty minutes of calculated noise, the flaw of previous invariability now rendered null. Guitarwork goes from primarily percussive into a sublime balance of the ultramodern avant-garde. Not only is it a marvel of contemporary metal, but fervently ambitious in its desire to move the sound forwards.

From the opening moments of Heirloom, Oxidized paints an image of abstract hyperspace, only you’re being propelled at superluminal momentum aside splinters of angular geometry. It’s like being absorbed into the surrealist psyche of a vengeful supercomputer. The vivid, technological imagery the album conjures up is so abstruse, post-modern and nonfigurative that I could muse for hours on how to articulate it properly. Pedram Valiani and Dan Stevenson have gone beyond what I even thought possible with the Car Bomb-esque guitar squeals they originally explored; I’m dumbfounded at how a guitar can even make such shrill, glitched-out sounds.

This doesn’t invalidate the inhuman proficiency provided by the rhythm section, with Owen Hughes drumming being adept and complex as ever, Calum Craig’s bass work punctuating every single head-spinning verse. Chad Kapper’s visceral vocals match these labyrinthian rhythms effortlessly, though I do feel they could be more varied. The more restrained passages present in tracks like LX WX and /Hope (as well as the unorthodox nature of the music as a whole) provide inventive opportunities which unfortunately aren’t capitalised on. The final moments of Death/ hint at some ominous spoken word, but this is fleeting. I would love to see more variation similar to Michael Toney of Black Matter Device or even Greg Puciato himself; I’m confident Chad can pull it off.

I feel a deserved nod goes to the musical masterpiece that is Opaque Horizon, which stands tall as possibly the best individual song I’ve heard all year. From the bizarre, piercing guitarwork that opens the piece, to the transition into memorable grooves, then the progression into a melodic but hard-hitting outro riff in the second half; it’s wonderfully varied, atmospheric, and a real stroke of brilliance.

Despite this standout, other cuts like Disintegrative, Stereopticon and Motherboard fall into similar low-string-abuse habits as before, but given the general front-to-back quality on display, I no longer feel sour in their inclusion. Plus, I really think every track on offer has highlights, be it in brief dynamics or ear-splitting discordance.

Some might also complain about the unwavering, aggressive pace of Oxidized, but this has always been Frontierer’s niche: approaching mathcore as a non-stop form of musical brutality. Considering bands like meth. and Me and Him Call It Us like to add heavy doses of dark ambience to their sound, I firmly believe Frontierer’s attitude will satisfy those who want to “cut the bullshit”, as it were; it’s a philosophy that definitely has its place in the genre. However, the criticism is something I concur with, and while I don’t want Frontierer to fall into the former category, I would love to see the band experiment more with the tension-building dynamics found in LK WX to grant further impact to their intensity. Breathing room isn’t a sign of going soft; it can give your heavy sound more punch if used correctly.

The band also have the tendency to toy with more straightforward electronic influences, but have often relegated this to a single track within their records; Oxidized is no different with the track SVVANS. Other metalcore bands like Vein can implement it with their general sound seamlessly, and Frontierer even dabbled in breakbeats on the previous album during cuts like Fluorescent Night. Unfortunately, this fusion with their normal endeavours seems to have been dropped almost completely. It’s maybe the only trump card Unloved has over this record.

Amidst the search for negatives, I feel somewhat disingenuous towards my feelings when the musical highs of Oxidized are so altitudinous, not to mention extensive. Count me besotted with the delightful abrasiveness, but also impressed with the track-distinguishability that the last two records sorely lacked. It’s an album of intense complexity that never backs down, yet manages to find discriminability in its relentless approach; that’s an achievement worth praise in itself. It’s a marked improvement that makes me eager for the future, but even on its own two feet, Oxidized is a serious contender for my favourite release of the year.
BUY OXIDISED ON BANDCAMP
Review Copyright Ruairi B – ©Ruairi B 2021 All rights reserved
Image - Bandcamp
Email ThisBlogThis!Share to TwitterShare to Facebook