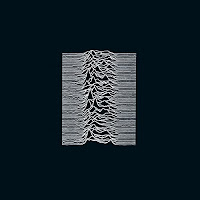 For Educating Omand, Susan Omand has been listening to music that she missed out on first time round. This year, our team of writers suggest albums for her to listen to in Educating Omand: Gap Year. This week, she discovers Unknown Pleasures, suggested by Marc Nash...

Joy Division is one of those bands that were always on the edges of my cognition back in the day and Unknown Pleasures is an album that I pretty much ignored at the time – friends were fans, the t-shirt designs based on the cover art were ubiquitous, the music was constantly around, but always in the background and I never really paid it much attention. So I’m very grateful to Marc Nash for making me listen to Unknown Pleasures, because it made me realise that Joy Division were not the band I thought they were.

To be honest, I had always lumped them in with Depeche Mode, whom I unreservedly cannot stand, and actively not listened to them for that reason. How wrong I was. I can now, thanks to Marc, categorically state that this is an incredible album – the music is like a piece of aural modern art, you’re not exactly sure what’s going on but it’s very viscerally affecting in a disconcerting/disturbing sort of way. Yes, there’s rocky drums and distorted guitars that, in some songs, sound almost siren-like with their dual-note insistence but there’s a whole lot more than that going on in the background. Organ, Doppler effects, scratches and rattles, murmuring crowds, doors, smashed bottles, telephones, whip cracks, woodgie [tech term – Ed] electronic waves, all adding detail and layers of unexpected richness to the soundscape.

And that’s before I get to the vocals. For all that the vocal is, for the most part, monotonic (in that the songs are not highly varied in their melody line), which was something that, on my previous peripheral hears (note, not “listens” but “hears”; I didn’t pay attention before) of their work, made me liken them to Depeche Mode, I now realise that Ian Curtis had a fantastic voice, with a bell-like clarity and an incredible control that I was not ready for in a post-punk/goth album. Disorder, as an opening track, blew me away; I sat, open-mouthed, listening to Day of the Lord which is almost Gregorian Chant in its liturgical style; Candidate figuratively transported me to a dark desert highway [different song – Ed] with its added rattlesnakes and passing cars; and so it went on. Each track painted a different picture in my head as my brain tried, first, to make sense of it all and then just gave up and let it wash, immersing me into the structured psychotropia of it all. For most of the album, I was going to say that Candidate was my favourite track but then I heard I Remember Nothing right at the end and that was it – I was lost in the darkness of it. It’s phenomenal.

If I had to describe Joy Division now, it’s about as far from Depeche Mode as you can get. Far from being the truly monotonous (in all senses of the word), plastic pop electronica playing Goth dressup, this is the genuine article. No, it’s more than that. This is Jacques Brel meets Bauhaus, The Doors meet The Radiophonic Workshop. This is art.

So yes, this time, I am most definitely educated. Marc, thank you. You have changed my mind on a whole band, never mind just an album, and I am away to devour a back catalogue of work that I have been actively ignoring for over 40 years. Rest assured that Unknown Pleasures is no longer unknown to me.