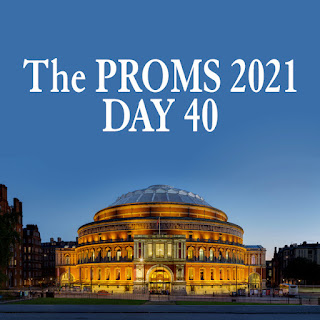 Continuing our daily coverage of what's on at The Proms 2021, Susan Omand takes a quick look at today's Proms...
After yesterday's 27 pieces of music, today we only have three. First up, we have the UK premiere of Subito con forza (Immediately With Force) written by the Korean composer Unsuk Chin for last year's Beethoven 250 anniversary and you can definitely hear the style influence.
And it's the man himself we get next, with Beethoven's Piano Concerto No 4, hailed at the time as "the most admirable, singular, artistic and complex Beethoven concerto ever." What's interesting in tonight's performance is the cadenzas in the concerto. Cadenzas are, basically, the showy offy twiddly solos on whatever instrument the concerto is written for, in this case the piano, when the rest of the orchestra stops playing and the soloist gets to go off on one. Unlike jazz though, which is total improv, the cadenzas in concertos are often written by a different composer to the rest of the concerto. Beethoven's Concerto No 4 has had a pile of different ones throughout its history, ranging from Brahms to Clara Schumann to tonight's offering from Camille Saint-Saens. Which leads us nicely, after the interval into Saint-Saens own Symphony No 3 [it's like they planned it - Ed].
Although it's called the "Organ" Symphony, it's really just a symphony with organ "bits" in it but it is a glorious piece of music that alludes to Gregorian Chant and plainsong. If you think you'd heard it somewhere else, though, you'd be right. The melody was used for a 1977 pop song called If I Had Words and has been used to no greater effect than in this scene in the award winning film Babe.
Here's the full programme for today's Proms which you can listen to live on Radio 3 or on the iPlayer
Unsuk Chin
Subito con forza (5 mins) BBC co-commission: UK premiere