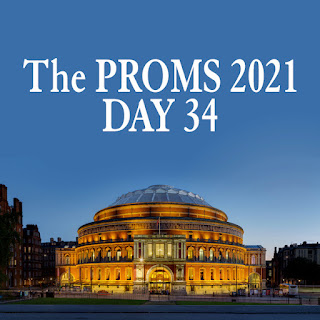 How did it get to be September?! Well today's prom should help you to get more of a Handel on it [I see what you did there - Ed] as we get a banquet of the baroque with Bach and Handel both providing religious choral works to get our musical teeth into.
Bach and Handel were born about a month apart in the same year (1685) in the same modern-day country (Germany), and both were aware of each others' music, both in composition and organ playing, although, somewhat surprisingly the two never actually met even though their lives and their works were often compared, even back then.
First up tonight we have Donna, Che in Ciel, one of only three religious cantatas that Handel wrote. This one was written to render thanks to the Virgin Mary for interceding in "the deliverance of Rome from the earthquake" that had devastated central Italy in 1703.
This is followed by Bach's Christ Lag in Todes Banden. One of his earliest church cantatas, it is also the only Bach work that is dedicated specifically to Easter, taking the Lutheran Easter hymn of the same name as its choral text.

The final piece tonight is one of Handel's most dramatic sacred works, Dixit Dominus, a setting of Psalm 110, and it is this that today's clip is from, with added factoids, and the opening chorus performed by The Sixteen.
Here's the full programme for today's Proms which you can listen to live on Radio 3 or on the iPlayer
George Frideric Handel
Donna, che in ciel (30 mins)