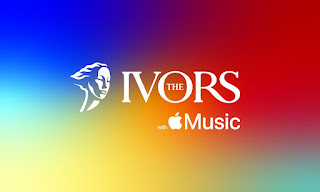 The Ivors Academy has announced the winners of this year's Ivor Novello Awards, celebrating the best in Songwriting and Screen Composition. Here's the full list of winners...

Adore You, performed and written by Harry Styles with Amy Allen, Tyler Johnson and Kid Harpoon wins the PRS for Music Most Performed Work of 2020. It is the first Ivor win for Harry Styles and all the writers on the track. Adore You was the second single from Harry Styles’ Grammy nominated and UK double platinum selling album Fine Line.

Lianne La Havas’ self-titled album wins the Ivor Novello Award for Best Album, written with Matthew Hales. A stunning concept album, its song cycle depicts the stages of a relationship from early romance to its end. This is their first Ivor, having both been first been nominated in 2013 for Lianne La Havas’ debut album, Is Your Love Big Enough?

Best Song Musically and Lyrically goes to Obongjayar and Barney Lister in their first Ivor win for God’s Own Children, from the EP Which Way Is Forward?, which Obongjayar describes as “a project about love, family, self-empowerment and self-belief.”

Children of the Internet by Dave and Fraser T Smith wins Best Contemporary Song. In one of the most successful contemporary songwriting collaborations, it is their third Ivor Novello Award win in four years. Performed by Future Utopia, featuring Dave and Es Devlin, the track explores the impact of social media and hyper-connectivity, especially on younger generations.

Celeste and Jamie Hartman receive the Ivor for Songwriter of the Year for their incredible body of work in 2020 including Stop this Flame, I Can See the Change, Little Runaway, Love is Back and A Little Love for the John Lewis Christmas advert.

The second Rising Star Award with Apple Music has been awarded to 20-year-old Bristol born artist Willow Kayne whose work spans hip hop, punk and electronica, and draws creative inspiration from fashion and graphic design. All Rising Star Award nominees receive a year-long mentorship from a well-known Academy member and leaders from Apple Music, Willow has been paired with music legend Nile Rodgers.

Best Original Video Game Score goes to Gareth Coker for Ori and the Will of the Wisps. Developed by the collective organisation Moon Studios and published Xbox Games Studios, it is the sequel to the acclaimed action-platform Ori and the Blind Forest.

The soundtrack for sci-fi spectacular Devs composed by Geoff Barrow, Ben Salisbury, and The Insects wins Best Television Soundtrack. Created, written, and directed by Alex Garland, Devs premiered in the UK on BBC Two in April 2020 and explores themes of free-will, determinism, grief, love and immortality.

Jon Bon Jovi and Richie Sambora collect the Special International Award with Apple Music for a musical partnership that spanned 30 years and fuelled one of the biggest bands in the world, producing global anthems such as Wanted Dead or Alive, You Give Love a Bad Name and the gigantic US No.1 Livin’ On A Prayer.

Roland Orzabal and Curt Smith are honoured with the Ivor for Outstanding Song Collection for their incredible songwriting partnership that produced era-defining Tears for Fears albums including The Hurting, Songs from the Big Chair and The Seeds of Love, as well as critically acclaimed, innovative hit singles: Mad World, Shout, Everybody Wants to Rule the World and Sowing the Seeds of Love.

Alison Goldfrapp and Will Gregory are recognised with The Ivors Inspiration Award for their work as the duo Goldfrapp, which formed in 1999. Giants of electronic music, they have been inspired by everything from glam rock to organic folk music, while their seven albums have produced acclaimed music that has entranced a nation and filled many dancefloors.

Mark-Anthony Turnage is recognised with The Ivors Classical Music Award for his unique and experimental approach to composition. The composer – who had his breakthrough moment with his first opera, 1988’s Greek – draws on influences spanning jazz, Led Zeppelin and Beyoncé. His work has been performed at the BBC Proms, Sadler’s Wells, the Royal Ballet and the Royal Opera. He has written pieces based on everything from the outbreak of World War I with his 2013 orchestral work Passchendaele to the tragic life and death of model, actor, celebrity Anna Nicole Smith, his 2011 opera Anna Nicole.

Shaznay Lewis, Ivor Novello Award winner and Chair of The Ivors Awards Committee at The Ivors Academy, said, “I’m amazed by the impressive range of talent who have joined the UK’s roll call of songwriting greats by winning an Ivor Novello Award. Each one brings joy to so many and creates the soundtrack to our lives. As well as being astounded by their achievements, I would like to thank every winner and nominee for creating the most wonderful and era-defining music.”

The winners in full

Songwriter of the Year - Celeste and Jamie Hartman

The Ivors Inspiration Award - Alison Goldfrapp and Will Gregory
Image & info - The Ivors Academy
Email ThisBlogThis!Share to TwitterShare to Facebook