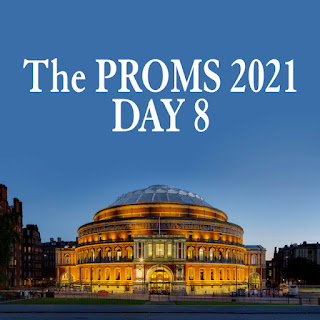 Continuing our daily coverage of what's on at The Proms 2021, Susan Omand takes a quick look at today's Prom...
STRAVINSKY! [bless you - Ed] It's the first outing of several for one of my favourite composers this Proms season and it's his one act ballet Pulcinella in the spotlight today. The ballet was commissioned by Sergei Diaghilev, impresario of the Ballets Russes and premiered at the Paris Opera in 1920 under the baton of Ernest Ansermet. The dancer Léonide Massine created both the libretto and choreography, and Pablo Picasso designed the original costumes and sets. So far, so very Stravinsky. However, the work itself, if you're used to Stravinsky's dissonant avant garde-ism, really doesn't sound like him at all and that makes it all the more shocking. It's based on an 18th-century play, Quatre Polichinelles Semblables, and Stravinsky created his ballet by adapting music from the period, borrowing themes and styles from the period as well as composers like Pergolesi, Gallo and Monza.

Indeed it is Pergolesi who we hear in the first part of today's Prom, with his wonderful shiver-inducing Stabat Mater. Originally written for female soprano and alto soloists, it will be performed at the Prom by soprano Carolyn Sampson and counter-tenor Tim Mead. For today's clip, however, I have found the introductory Dolorosa [first 4ish minutes - Ed] performed by two counter-tenors, Samuel Marino & Filippo Mineccia, and it's just stunning.
Here's the full programme for today's Proms which you can listen to live on Radio 3 or on the iPlayer
Giovanni Battista Pergolesi
Stabat mater(39 mins)