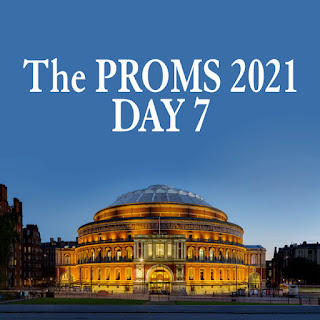 Continuing our daily coverage of what's on at The Proms 2021, Susan Omand takes a quick look at today's Prom...
This Prom will be televised on BBC Four and available on iPlayer
Today's prom is, for me, very much a Prom of two halves.

The first two pieces are going to be fascinating to listen to. Ruth Gipps studied at the Royal College of Music in London, where her Composition tutor was none other than Ralph Vaughan Williams, and she was the the youngest British woman to receive a doctorate in music at the age of 26. She was no stranger to the Proms either, with Sir Henry Wood himself conducting her tone poem Knight in Armour at the Last Night of the Proms in 1942, however her symphonies remain her most acclaimed work.
I'm also keen to hear the London premiere of a new(ish) work by Thomas Adès. I say new(ish) because the Symphony is based on his opera from 5 years ago of the same name which, in turn, was based on a 1962 Mexican supernatural surrealist film, written and directed by Luis Buñuel. So it should be interesting to say the least.

The post-interval offering, by stark contrast, is the stolidly classical Brahms' Symphony No 3, the third movement of which you may recognise from various films, songs, TV shows etc - it's even sampled in the game Civilisation IV, as we enter "the Industrial Era".
Here's the full programme for today's Proms which you can listen to live on Radio 3 or on the iPlayer