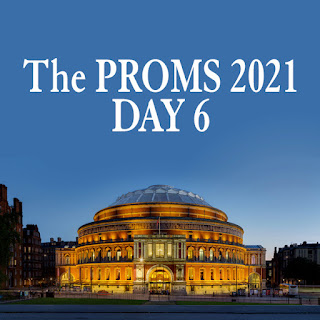 It may, at first glance, seem a bit of a pedestrian Prom [pun unintended - Ed.] Vaughan Williams' Fantasia on a Theme by Thomas Tallis is a stalwart of well-known classical music pieces and always features highly in the charts of such things, often second only to his Lark Ascending. We also have the ever reliable if, for me, slightly uninspiring Mendelssohn's 5th Symphony which was written in 1830 to honour the 300th anniversary of The Protestant Reformation's most important document, the Augeberg Confession. As such, I find it is somewhat clinical, "by the book" if you will, and lacks the necessary fire and brimstone.
However, tucked in between these two is an absolute gem with Otterino Respighi's Concerto Gregoriano. Premiering in 1922, it is inspired by the music of a much earlier incarnation of Christianity, with both Gregorian Chant (hence the Gregoriano in the Concerto name) and plainsong much in evidence. The music is far from monotonous (in all senses of the word) though, with the first movement sounding very like the afore mentioned Lark Ascending in style and full of virtuosity for the violin solo. The second movement is where we hear best the allusion to Gregorian chant with a "call and response" nature, the violin acting as cantor. The concerto is rounded off with a gloriously rich Alleluiah allegro - just listen to this (and take note of the trombones a couple of minutes in to this section which are stunning).
[Performed here by the Philharmonia; conducted by Mathias Bamert Violin Soloist, Andrea Cappelletti - Ed]