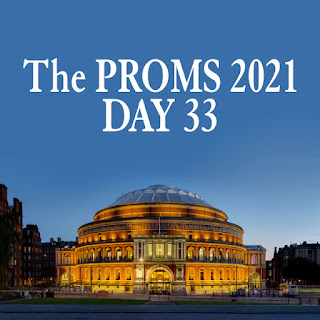 Continuing our daily coverage of what's on at The Proms 2021, Susan Omand takes a quick look at today's Prom...
Ah Wagner, ever controversial, even during his lifetime, with his own reprehensible anti-Semitic comments and racist beliefs, before we even get to the appropriation of his music by the Nazis after his death.
However, for tonight, I am separating the artist from the art and enjoying the music for what it is - a concert performance of his opera Tristan and Isolde, a love story based largely on the 12th-century romance Tristan and Iseult by Gottfried von Strassburg [Cheat! You looked that up - Ed]. I could go all technical and give you the full synopsis but it's pretty well documented on Wiki [where you found that name! - Ed] Suffice it to say it's very much along the same lines as Romeo and Juliet, though, only without the underage thing and with added boats.
So, yeah, the full opera tonight, only in concert form, which means no sets, likely no fancy costumes and no prancing about on stage "acting". Instead just 3 hours of glorious Wagnerian music. Starting with this...
Here's the full programme for today's Proms which you can listen to live on Radio 3 or on the iPlayer
Richard Wagner
Tristan and Isolde
Image adapted from NORTH-FACING ENTRANCE OF THE ROYAL ALBERT HALL AT DUSK © David Iliff
Email ThisBlogThis!Share to TwitterShare to Facebook