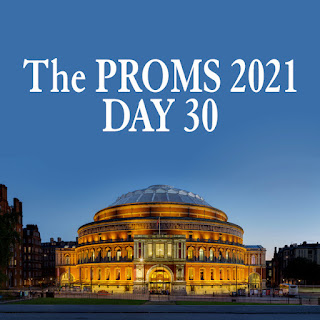 Bartók [the composer, not the albino bat from the Anastasia films - Ed] is a bit of a marmite listen for me; I really enjoy his modernist experimental work, like his opera Bluebeard's Castle and his Debussy-esque Fourteen Bagatelles but I'm afraid I find his Nationalist folk-inspired music a bit meh [tech term - Ed]. While I can musically appreciate some of it, for its form and function, I just don't "like" it and tend to wander off in the middle.
So tonight's prom is going to be a bit of a challenge for me as we get not one but two pieces of Bartok. First up is his Violin Concerto, now known as his Violin Concerto No 2 because Violin Concerto No 1 was only published much later after his death, even though it was written first... confused? You wait until you hear it. It's regarded as an extremely complex piece to play, not just for the violinist but for the whole orchestra as two completely separate things (a folk music evolution and an experimental twelvetone structure with intricate rhythmic changes) clash violently and, for me, unsuccessfully.
After the interval we get his Suite No 2 which is even more folk-music inspired and even less experimental and, for that reason, I find it bland rather than inspiring. Maybe I'm just missing the point somewhere along the line.
Anyhow, I think I'm going to give tonight a miss and stick with this Bartok instead!