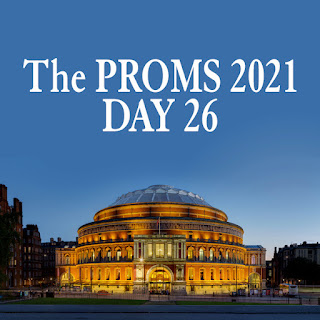 Tonight's Prom will be televised on Thursday 26th August on BBC Four
It's a welcome return to the Proms tonight for the ever ebullient Chineke! Orchestra, this time celebrating a diversity in composers as well as performers. Heading after the interval first and working backwards, we get the Symphony in A Minor by Samuel Coleridge-Taylor, who is not to be confused with the poet who wrote Rime of the Ancient Mariner [who was Samuel Taylor Coleridge - Ed] although he did set the poem, The Legend of Kubla Khan, written by his near name-sake, to music. This is his only Symphony though, written in 1895/6.
Before the interval we get a piano concerto by American composer Florence Price. Although often referred to as the "Piano Concerto in One Movement" it does actually have the accepted traditional three sections of a concerto and nobody knows where its alias came from!
From Arkansas to Africa and the African Suite by Nigerian composer Fela Sowande. Written for a conventional orchestra the music still contains a lot of the rhythms and harmonies of traditional African music.
However, it's back to Samuel Coleridge-Taylor we go for today's clip and the first piece from this evening's prom - Hiawatha's Wedding Feast, based on the epic poem by Henry Wadsworth Longfellow. Indeed, so enamoured was Coleridge-Taylor of the Mohawk leader that he actually named his son Hiawatha too.
Here's the full programme for today's Proms which you can listen to live on Radio 3 or on the iPlayer
Samuel Coleridge-Taylor
Hiawatha’s Wedding Feast – overture (11 mins)