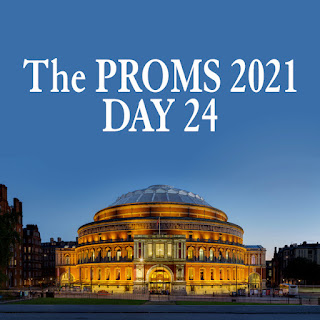 Continuing our daily coverage of what's on at The Proms 2021, Susan Omand takes a quick look at today's Prom...
Tonight's Prom will be televised tonight on BBC Four
Stravinsky!!
Stravinsky, Stravinsky, Stravinsky [that's four altogether, there's only 3 pieces tonight - Ed]
Yeah, OK, I may be a little over-excited but I do love his work. First up is the Symphonies of Wind Instruments - note the pluralising of Symphonies because, here, it doesn't mean music in a formal Symphonic format but instead harks back to the original Greek word meaning "sounding together." Provoking laughter at its initial performance in 1920, because the audience were not yet used to Stravinsky's experimental approach, today the work exists almost as two separate iterations, having been vastly revised between 1945 and 1947, and it will likely be this latter version we get tonight.
Next up is his Symphony in C, a "proper" symphony this time with a traditional four movement structure of different tempos (here it is fastish, slowish, fast, slow). It's very neo-classical in style, pulling back almost to the pure classicism of  Beethoven and Haydn, albeit with an abstract twist.
Following his symphony in four movements, and rounding off the evening, we get his Symphony in Three Movements (those being, this time, fast, slower and "with movement"). If on hearing it, you think it very cinematic, that's because he has reused music that he originally composed for other projects, some of which were film scores. It's also regarded as a turbulent social commentary, with Stravinsky himself referring to it as his War Symphony.
But it is to the Symphonies of Wind Instruments we return for today's clip for the final chorale (the last couple of minutes of the whole work) which was originally written as a tribute to Debussy and you can clearly hear the impressionistic influence.
Here's the full programme for today's Proms which you can listen to live on Radio 3 or on the iPlayer
Igor Stravinsky
Symphonies of Wind Instruments(12 mins)
Symphony in C(28 mins)
Symphony in Three Movements(22 mins)
Image adapted from NORTH-FACING ENTRANCE OF THE ROYAL ALBERT HALL AT DUSK © David Iliff
Email ThisBlogThis!Share to TwitterShare to Facebook