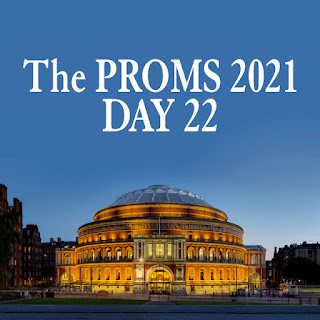 Continuing our daily coverage of what's on at The Proms 2021, Susan Omand takes a quick look at today's Prom...
My first thought on reading through tonight's programme was... "MOZART'S REQUIEM?! HOW DID I NOT KNOW ABOUT THIS?!?!" (yes I thought it in capital letters). And then I read on and discovered why I did not know about the fact that one of my favourite pieces of classical music is being played in its entirety - this prom is one of the "Mystery" Proms that they were so secretive about earlier on in the summer.
However, that is after the interval. Before that we get a lovely selection of Rameau and a symphony by Joseph Bologne, Chevalier de Saint-Georges. Bologne was a contemporary of Mozart and is best remembered as the first classical composer of African ancestry. His father was a wealthy planter on the French Caribbean island of Guadeloupe and his mother was an African slave. He was born on the island and moved to France as an early teenager. His title Chevalier de Saint-Georges came about because, as well as being a talented musician and conductor, a prolific composer, and champion fencer, he was a colonel in the St. Georges’ Legion – which was also the first all black regiment in Europe - and fought in the French Revolution. A very interesting person indeed who deserves more recognition.
Rameau, for me, is another composer whose work doesn't really get the plaudits it deserves. I think the main issue is that he was way before his time and his early experimental work "hiding art within art" with complex and innovative musical harmonies and techniques were often too much for both audiences and performers in the 18th century, so much so that he felt, sadly, that he had to tone it down for later works. So it's great that we'll still get glimpses of his virtuosity tonight with his opera arias.
However, I make no apologies for today's clip. Prepare to let the tears flow with the Lacrimosa from Mozart's Requiem.
Here's the full programme for today's Proms which you can listen to live on Radio 3 or on the iPlayer
Jean‐Philippe Rameau
Hippolyte et Aricie (1 mins) Bruit de tonnerre
Hippolyte et Aricie (2 mins) Ritornello
Dardanus – Tambourins I & II( 3 mins)