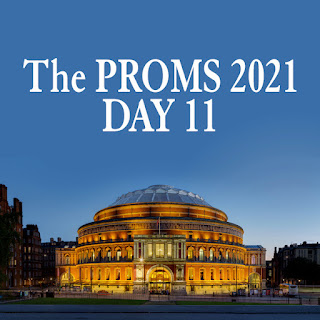 If you read my Top Five Most Anticipated Proms article from last week, the first of today's two proms is the one I mentioned right at the end that wiped the floor with everything else in my list (I'm a sucker for religious choral music) once I'd done a bit of research into exactly who this Josquin des Prez was and what was so special about the music.
Josquin was a French Renaissance composer in the late 15th/early 16th century, garnering the accolade of "Greatest Composer of the Age" because of his mastery of technique and expressive creativity. He was unusual at the time as he wrote both sacred (churchy) and secular (non-churchy) music where others tended towards one or the other. The vast majority of his work is also for voices only, as he made use of the choirs of his patrons, and both the melody and lyrical phrasing is passed around the different sections of the choir in the same way as one would with an orchestra.  It is also said that much more work than he probably wrote is attributed to him as "copyists" of the time sought to borrow his name and reputation in order to sell their own work.
Look at the programme below and you'll still see a lot of copying. That's because three other composers have "paid homage" to his three greatest compositions to "rework Josquin’s own music for a new age" by borrowing heavily from the work that he had already created by borrowing heavily from other pre-existing work. The funny thing though is what is inferred by "modern" age, as the composers are all from the 16th and 17th century! Mind you, I guess if we reworked music from 100 years ago now, it would be "modern" to our ears too. It will be interesting to see what the differences are.
The second of today's proms puts one of my favourite instruments, the cello, centre stage with Elgar's beautiful and incredibly poignant Cello Concerto. Written just after the First World War it harks back to that time, when Elgar heard the noises of battle in France from his home in Sussex, and is now one of the best known pieces of classical cello music. In contrast it is followed by Janáček’s Taras Bulba, a suite of music looking back to Czech folk tunes and takes for inspiration the historical novella of the same name written by Nikolai Gogol in 1835, which documented the journey of a Cossack man and his two sons heading to war. As such it is full of  jingoism and the bravado of battle, tempered by the slog of the long march.
It's the first piece of the second prom that I wanted to make today's clip though. It's a UK premiere for the work Auditorium by the American composer (and DJ) Mason Bates. The programme notes for the piece immediately caught my eye, saying "an orchestra, like a person, can be possessed" and "Essentially it is a work for two orchestras - one live, one dead."

Here's the full work, as played by the San Francisco Symphony who commissioned the work, with the composer himself performing. It's, literally, shiver inducing.

Here's the full programme for both today's Proms which you can listen to live on Radio 3 or on the iPlayer
The Marian Consort Performs Josquin - 11:30/18:00
Josquin des Prez
Praeter rerum seriem (7 mins)