Turn That Noise Down - Altered State 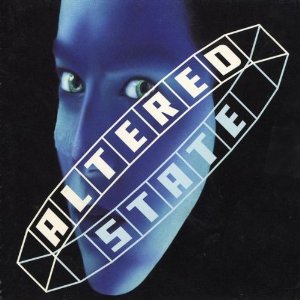 So many well-known albums turn 30 this year and Steve Taylor-Bryant and Susan Omand travel back to 1991 to revisit some of the sounds of their youth that made parents shout "Turn that noise down!" This week, Steve is in an Altered State...

I don’t remember Altered State from back in the day but thought I’d give it a go because apparently I “can’t keep writing about Skid Row all the time” and “stop throwing things” and “don’t lick my stapler”… so, after my time out to think about what I’d done, I pressed play and is that Queen? No, Queen duetting with Aerosmith? No, but damn it could be and now I’m hooked.

On a serious note though this album is superb. It’s musically very interesting with lots going on but nothing sounding like it’s fighting for attention, it just all sort of works. Step Into My Groove is by far the best and catchiest tune on the album but is followed up by Ghost Beside My Bed and Heal Me which tread the fine line between something fresh and an 80’s power ballad, not that this is a bad thing but Heal Me is almost Richard Marx territory. Do What You Want picks up the pace again and jumps almost to a different genre after the recognisable last two tracks. Reunion sounds like a marriage between NiN and Madonna and honestly it’s better than that description makes it sound but these are first thoughts and that was mine. One Small Boat is another Queen hybrid maybe with some Levellers DNA thrown in there, and Outside has some serious Richie Sambora vibes at the start.

The rest of the album is also all great but if you asked me individually who recorded each track you wouldn’t get the same answer twice. Whilst Altered State is a refreshing change from Skid Row [See?! - Ed] and some of the heavier groups I’ve listened to this year, it’s such a mish mash of musical styles I’m not sure it’s an album I’d listen to often. It was still a fun way to spend the morning and is worth a go just for the opening track which made me smile.