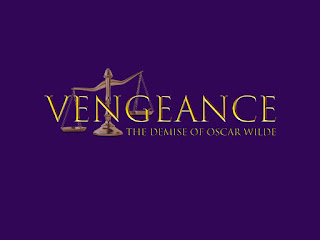 Daniel White watched the musical drama Vengeance: The Demise of Oscar Wilde by Fatdan Productions at the Regis Centre, Bognor Regis...
I've missed live theatre and the last 18 months have been hard to bear. I am, of course, speaking as a theatre lover, so one can only imagine what it has been like for the countless thousands of actors, actresses and creatives who have not been able to work. I never thought I would see the day that the West End went dark but of course the arts industry is so much more than the West End. Up and down our land no one has stepped foot into a theatre and people have lost their livelihoods, it's been horrible. Yet, despite inadequate Government support (inadequate means non-existent here) the pandemic has proven one thing, something that many of us already knew. You cannot kill the arts, for those of us who are creative, live theatre is as essential as breathing and we are here to stay. Finally it seems that things can start returning to normal and the first play that I saw was going to be one that lives long in my memory.  As I drove to Bognor Regis for the performance of 'Vengeance' I was more excited than normal. Never before has the dimming of the houselights meant so much and it was to be an evening that I would not forget.

Vengeance: The Demise Of Oscar Wilde had been rehearsed and staged during the pandemic and was also subject to the restrictions put in place. So, rehearsed in a 'bubble' and with limits put on how close the actors could get on stage. Now that covid restrictions are lifted, some redesign was needed and yet the essence of the show's preparations had been undertaken when it was difficult to meet together. The subject matter also interested me as most of the shows and films that I had seen about Oscar Wilde had not focused on the last, ruinous period and had taken a more biographical approach. As a result of this, I knew very little about the Marquess of Queensbury,  and what drove him and Wilde to such an explosive ending. I love writers and directors who don't play it safe and, aside from the fact that putting together any sort of theatrical production is always a challenge, focusing an entire play on the end of Wilde's life takes guts and a strong belief that you can capture the imagination of the audience.

'Vengeance' has a running time of 2 hours with one interval and I will say right from the outset the pacing for the entire show does not let up. John Merrigan (Producer and Co-writer) has crafted a piece of theatre that is captivating as well as being painstakingly researched. I marvel at the days that John must have spent researching every detail of the court case as well as the characters themselves and there is a feeling of 'realness' about the play. 'Vengeance' is also a musical and Danielle Morgan's music and songs brilliantly underpin the tragedy and heighten the emotional scenes without breaking the connection with the audience. This is musical theatre that you can bring people to whether they like musicals or not and that is something that I have never said before.
The staging is sparse but in no way does that detract from the power and resonance of the play; actually, it means you are entirely focused on the actors and their portrayal of the characters caught up in the fight between Wilde and Queensbury. Clever use of the furniture and, in one scene, a wonderfully effective lighting effect draws the audience in and ensures that the focus is entirely on the characters rather than special stage effects.
The connection between audience and actors is heightened by the use of a narrator (played by the incredible David Keogh) and his portrayal of Robbie Ross (Wilde's close friend, confidant and one time lover) is both tragic and also powerful. Keogh breaks the fourth wall eloquently by filling in the much needed dates and background information to scenes but in a way that doesn't destroy the connection. He also slips effortlessly into scenes without confusing the audience or slowing the pace. I was reminded of the narrative device used in Evita where Che Guevara speaks to the audience but is also central to the events as they unfold. A lesser actor would have not been able to deliver as Keogh does and the whole performance would suffer as a result.

Riley Clark is a revelation in his portrayal of Oscar Wilde and, even though Clark is considerably younger than Wilde, it is testament to his acting capabilities that this is not a barrier. Clark's portrayal of a buoyant and confident Oscar (riding the waves of success with two West End plays and the critics praise for The Importance of Being Ernest) ensures that the inevitable transformation into a broken and penniless man hit hard. His scenes with Will Burren (Bosie) are an emotional rollercoaster moving from intimate and loving to betrayed and heartbroken in such a short space of time, Burren portrays Bosie as a kind of fame hungry junkie that also wants to see his Father absolutely humiliated. His self obsession and nauseating self pity serve as a striking counter balance to Wilde's defeated and broken persona. The real sympathy is with Constance Wilde (played by the incredible Martina Greenwood.) Constance believed in Wilde and supported him even when his writing and theatrical work kept him away from his family. Wilde's dogged pursuit of the libel case destroyed not just his own life but also that of Constance and his two sons. Greenwood portrays Constance as a hurt and humiliated wife but does not make the mistake of moving too far into vengeful. Constance paid Wilde a monthly allowance even after the bailiffs had taken everything.
Wilde's relationship with his mother was a close one and it is partly because he wants to defend the family name that he pursues the ruinous course he does. Lady Jane Wilde "Speranza" was no stranger to court cases, having lost a libel action herself in Dublin. Her advice to Oscar was well meant, supportive and loving but ultimately led to his downfall. Helen Stirling-Lane has a small number of scenes but effectively portrays Speranza as a woman who adores her son and yet is a slave to the class obsessed  'in crowd' that Wilde railed against. I spent the majority of the play loathing Queensbury, the sort of cold, hard man that would kick a cat for being hungry. His ruthless and stalkerish taking down of Wilde was nothing short of evil and yet... and yet the play's denouement reveals more to the man than just a Javert-like fixation to get his man. John Newcombe's portrayal of Queensbury is phenomenal and deserves to be seen on a bigger stage by a larger audience. I mean, look at the look! Newcombe's eyes burn with hatred for Wilde until.... well go and see it to find out.

Queensbury was legally defended by one of the foremost lawyers of the day and yet Edward Carson had no wish to see Wilde destroyed. Ross Scarfield portrays Carson as a man at the top of his game and yet with morals and integrity rarely seen in the legal profession. Scarfield delivers one of the stand out songs of the show, angrily spitting 'Damn The Man' as the conflict caused by executing his job and destroying Wilde hits home. Isaac Finch also stands out (not least for his award winning beard) as both Marquess of Queensbury's other son and Father Cuthbert Dunne, who welcomes Wilde into the Catholic church shortly before his death.

Much is written by reviewers about the actors, writers and directors but when was the last time you read a review which mentioned the incredible work of the back stage team? Yet, without the lighting designers, the stage managers and teams, theatre wouldn't exist. Special credit therefore goes to the talented Cameron Meechan (Stage Manager) Stanley Olden (Lighting Designer) Stephen Bradley (Sound Designer) and Lucy Dasc (Vocal Coach) what a team!

Vengeance is a play that does exactly what theatre should do. It entertains but it provides audiences with much to talk about. Whether you know nothing or a great deal about Oscar Wilde you will find much to enjoy. I look forward to hearing that the play is enjoying an extended tour and thrilling audiences around the country. The issues of class divide and discrimination have not gone away and so the battles that Wilde faced and highlighted are still just as relevant today as they were in his day. As to the manner of his demise? The inevitability of two men, divided by a cultural chasm, clashing and destroying each other is perhaps still weighed by the complete pointless waste of talent and creativity that was the cost. But then Oscar Wilde wouldn't have been true to himself if he had ducked away from a fight. A must go and see!

Vengeance: The Demise of Oscar Wilde is at Epsom Playhouse on the 9th September and Tivolli Theatre Wimborne on the 30th September