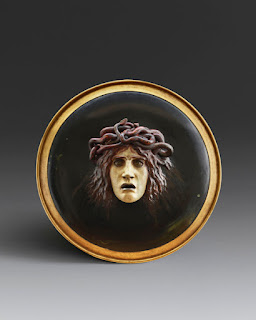 PLASTER! An exhibition on the infinite possibilities of a misunderstood medium comes to Stuart Lochhead Sculpture at Frieze Masters art fair in London this October...
Press Release
Stuart Lochhead Sculpture will celebrate the medium of plaster at this year’s Frieze Masters as part of the fair’s new curated section, Stand Out. PLASTER!, featuring sculptures by Auguste Rodin, Jean-Joseph Carriès, Théodore Géricault, Arnold Böcklin, Germaine Richier, Mária Bartuszová and Rachel Whiteread amongst others, challenges our views of plaster and aims to refocus our attention and understanding of the medium within the world of sculpture. 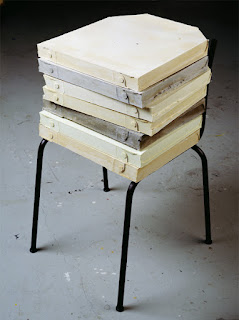 Plaster as a material for creating sculpture has been used since antiquity. Throughout the centuries it was the medium for an artist's first creative ideas. It could not only serve as a model to transfer those ideas into marble or bronze but also as a way to faithfully copy and preserve them. Without plaster, the ideas of the antique world would never have been disseminated so widely from the Renaissance onwards and notably by the great art academies of Europe. Many works of sculpture presented at the official Salon in Paris were first exhibited in plaster. 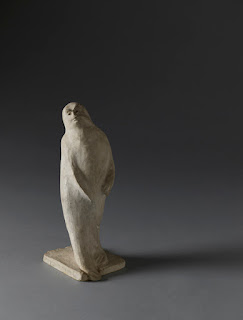 In the foreword for the catalogue Penelope Curtis comments, "Plaster is a fascinating but misunderstood material. Its very versatility allows it to do such different kinds of things that it has a kind of split personality… Plaster is misunderstood by the market, but not by the artist, for whom it has always been (and still remains) an absolutely central material." 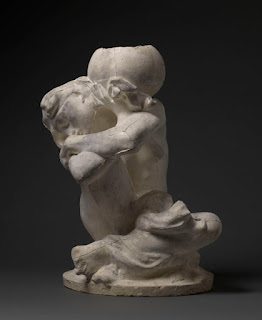 Plaster is not always white; its natural appearance can be concealed by tinting to resemble bronze and terracotta or be polychromed and even gilded. For Auguste Rodin plaster was a preferred means of expression – his virtuoso handling of the material held infinite possibilities. Yet, almost paradoxically, a medium so close to the artist’s hand has often been incorrectly regarded as secondary in a sculptor’s oeuvre. Caryatid Carrying an Urn derives from one of the master models held in Rodin’s studio and relates to a series of four other plasters in the collection of the Musée Rodin in Paris. The sculpture’s material composition is blatantly displayed in the piece-mould seams that are visible across the work’s surface, and through their prominent display, the artist invites the viewer to reflect on the process of artistic creation as much as on its final outcome, the artwork itself. 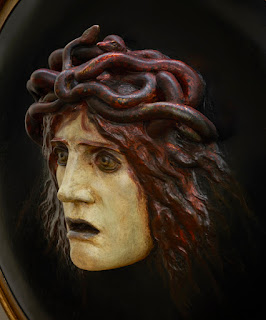 Towards the end of the nineteenth century, artists were conducting unprecedented experiments with the colouring of sculpture. Such experimentations resonated with the debate on the polychromy of ancient marbles; Arnold Böcklin claimed to have always known that ancient marbles were coloured, and applied this principle to his three-dimensional output, which includes nine painted sculptures. Shield with the Head of Medusa is not only the best-known sculpture produced by the artist, but also a key image of the Symbolist movement. The sculpture provides unique psychological depth to the rendition of Medusa in its striking rendering enhanced by the artist’s ability to blend the paint on the surface of the sculpture.
Stuart Lochhead Sculpture was opened in 2018 and displays the best in all media from antiquity to the 20th century. Stuart handles the work of some of the most celebrated artists whilst also championing less known but equally fascinating sculptors.
PLASTER! An exhibition on the infinite possibilities of a misunderstood medium runs from Wednesday 13th – Sunday 17th October 2021 at Frieze Masters. Find out more, and how to book tickets, at the Frieze Masters website.