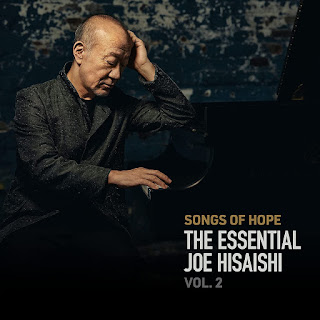 Legendary composer for Studio Ghibli films and more, Joe Hisaishi is to release a new album next month, Songs of Hope: The Essential Joe Hisaishi vol. 2. Listen to the first single, HANA-BI...

Joe Hisaishi has won countless awards for his achievements in composition and film scoring. He is eight-time winner of the Japanese Academy Award for Best Music; he was awarded the Japan Medal of Honour in 2009; and he has composed soundtracks for two Academy Award-winning films, Departures (2008) and Spirited Away (2002).

Hisaishi’s body of work, comprised of nearly 100 film scores and solo albums, draws inspiration from the canon of American minimal music compositions, experimental electronic music, and European and Japanese classical music. He has scored all but one of Hayao Miyazaki’s Studio Ghibli films, including three of the top five highest-grossing anime films worldwide.