Turn That Noise Down - Soundgarden 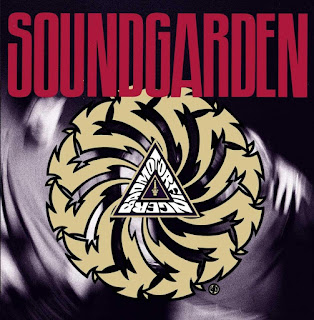 So many well-known albums turn 30 this year and Steve Taylor-Bryant and Susan Omand travel back to 1991 to revisit some of the sounds of their youth that made parents shout "Turn that noise down!" This week, Steve points to Badmotorfinger...

There is something glorious about a Soundgarden record, something elegant about the construction of their songs, it’s a lesson in songwriting and musicality that has stood the test of time. Chris Cornell is obviously sadly missed and did lots of wonderful things with many people but there is a pocket of time where I think he was arguably the greatest singer and lyricist in rock music. The listen back I’ve done recently to Badmotorfinger has just amped that feeling up for me. I’m a huge fan of Kurt Cobain, I love Eddie Vedder but, on Badmotorfinger and with Soundgarden, I truly believe 1991 was Chris Cornell’s crowning achievement. He and Soundgarden took very heavy riffs, catchy rhythms and, with a little risk and some extraordinary lyrics, took over my world for a while. There are some strong albums in back catalogue of TTND but few that start as strongly as Badmotorfinger and just get better as the record goes on.

Rusty Cage, Outshined, the incredible Slaves & Bulldozers, and Jesus Christ Pose are four songs that most bands would be incredibly proud to have by the end of their careers and here’s Soundgarden sat with them as their opening four tracks on an album! And from there you get Face Pollution, Somewhere, and Searching With My Good Eye Closed, one of the album highlights for me (do you hear a cow?). I mean it’s almost Beatle-esque, it’s what Lennon would be doing if he was born in a different era.

Then the record could have dropped off, those first seven songs contain a lifetime of talent after all, but no. Not Soundgarden. Next up is Room a Thousand Years Wide, a song written by the drummer Matt Cameron with lyrics by Kim Thayil showing that even when the much lauded Cornell takes a day off genius doesn’t stop. This is followed by Mind Riot and Drawing Flies, and this wonderful, timeless album finishes in style with Holy Water and New Damage.

Badmotorfinger is heralded by me as one of the best rock albums ever made, it deserves to be ranked as such by many other people. It’s musically tight, and interesting, and big in sound and scope. It’s got intelligence in its lyrics and a singer whose voice was carved by an entity not of this world, whose dark and poetic soul is sorely missed by all.