Totally Thames is returning for 2021 with a wide-ranging programme of events celebrating the culture, history and environment of the River Thames, all of which will be made available online alongside in-person events to ensure the festival is accessible to everyone...

The 2021 programme includes a number of exciting projects that are aimed at empowering and supporting young artists. The festival has always put young people at the heart of its programming, and 2021 will see new projects Tide Changers and MSCTY support and promote young artists.

Tide Changers is a development programme run by Thames Festival Trust that provides three early career artists under 30 with support to shape, develop and deliver their River Thames projects, with seed funding, marketing and development sessions. Following an extremely difficult 18 months in the creative industries, Tide Changers sees young artists provided with vital support at this important stage of their professional development. 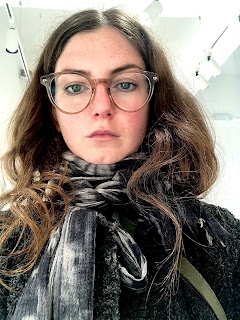 Jessie Russell Donn, a London-based artist and teacher, will present Lillith. This audio-visual piece is shot and recorded in the Woolwich foot tunnel, which runs underneath the River Thames, and is inspired by the Biblical story of Adam’s first wife Eve. The recording of live singers performing this fascinating work in the tunnel will be made available online. 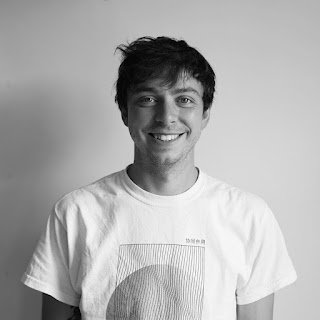 Multidisciplinary designer Sean T. Ross will present Tea from the Thames, a visceral litmus test to check the health of the river since its recovery after being declared biologically dead in 1957. Ross will produce a Victorian tea set out of River Thames clay, using river water to create a cup of Thames Tea. 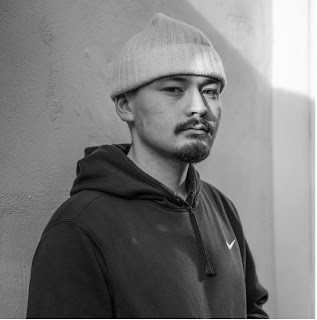 In the offing, the sea and the sky were welded is a project produced by young visual artist Sonam Tobgyal, exploring the notion of human transition and using the River Thames as the focal point. Tobgyal’s solargraphs capture both static and developing locations along the Thames, illustrating how the juxtaposing ideas of change and tranquillity can serve as spaces for solace and hopefulness. 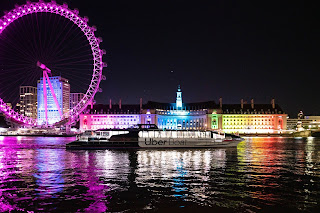 The river is the heart of London, connecting the far corners of the city; MSCTY [pronounced like Music without the c then City - Ed], led by BBC radio broadcaster and producer Nick Luscombe, seeks to introduce new creative links between locations along the river, through an innovative sound journey that builds a connection between the Royal Docks and London Bridge. Using MSCTY’s latest sonic placemaking programme, two new pieces of music have been made for Tower Bridge and London Bridge City Pier, as well as a soundtrack for the journey itself, with a unique composition inspired by the sights and sounds experienced on board an Uber Boat by Thames Clippers vessel. Audiences can use a QR code and geolocation to listen to the songs on their mobile devices while exploring the different areas, including two tracks inspired by the historic Royal Docks; one located at the Thames Barrier, by Kazakh-British composer Galya Bisengalieva, and one located at Woolwich Foot Tunnel by Al MacSween, founder of award-winning music collective Kefaya. MSCTY x Thames is a collaborative project for Totally Thames 2021 with new commissions from MSCTY by Uber Boat by Thames Clippers and Team London Bridge, and existing pieces commissioned by The Royal Docks Team.

The popular Kids Choir sees children from schools across London come together to perform live. Kids Choir won’t be on this September but is looking ahead to next year and is putting out a call for a young composer to produce music for the 2022 performance. Could it be you?

Further programming and events for Totally Thames 2021 will be announced soon. Events are subject to government guidelines on Covid safety.