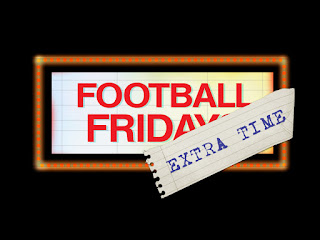 Every Friday, Daniel White takes over the airwaves at the online radio station Incapable Staircase for 90 minutes of some of the best songs used in fil... wait... FOOTBALL?! Catch up with yesterday's show (which is a little longer)...

Yesterday saw only the second competitive fixture between England and Scotland, as part of the group stages of Euro 2020. No spoilers if you haven't watched it yet but we think both sides may have done better if these were the players and officials on the pitch [otherwise known as this week's playlist - Ed]
(the numbers show the song's playing order in the show)

ABOUT iNCAPABLE STAiRCASE
iNCAPABLE STAiRCASE is an internet-based community station that is passionate about real radio; unrehearsed and raw, but it is precisely this that makes it so easy to listen to. The station has been running for just over a year and was set up by Bella and James at the start of the first Covid lockdown last year.