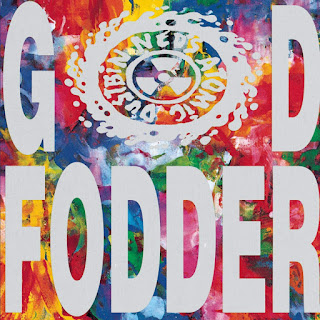 So many well-known albums turn 30 this year and Steve Taylor-Bryant and Susan Omand travel back to 1991 to revisit some of the sounds of their youth that made parents shout "Turn that noise down!" This week, Susan doesn't remember God Fodder...

Where do I even start with Ned's? Well, firstly, they’re actually better than I remembered them to be. Not that I really remember much about them from the time – for me, they were one of those bands that you pretended to like because they were “cool” and everyone else in your circle of “cool” friends raved about them. I guess I must have heard God Fodder, their debut album, many many times but, to be honest, I don’t remember it at all.

Kill Your Television is lyric dense, if not heavy, but comes across as just a lot of words over their trademark grebo/shoegaze distorted guitars [you’re getting old – Ed]. Less Than Useful reminds me, bizarrely of the Friends theme tune if it had been done by a grunge band – maybe it’s the percussion. The twangy guitars are good too, if a bit repetitive and there is quite a lot of melody in there. Selfish has some interesting echo and instrumentation and is very Happy Mondays with rougher guitars, which I guess reflects the upsurge in the Madchester sound that was around at the time. Grey Cell Green is boppy but somewhat inconsequential but with a good chug to the guitars in there. Cut Up has a slightly slower tempo giving it more gravitas, with distorted guitars that feel heavier going over a robust bassline meaning it’s more a “listen to” rather than a “mosh to” track. The tempo ramps back up for Throwing Things which ends up sounding more like polite punk than anything else – it feels like it’s missing the swearing/ spitting/ aggressive stance that the drumline semi-promises.

At the risk of compounding how old I feel, Capital Letters has “got a good beat” with curious rhythmic devices lifting the song above some of the others. The vocals on Happy brings REM to mind, and not just because of Shiny Happy People, Penney has that same monotonic whine as Stipe in his vocal delivery, which is much more pronounced here. Not a bad thing per se, I guess, if you like that kind of thing. At least the piano at the end of the track is interesting. Your Complex is, indeed complex again rhythmically speaking, there’s something vaguely English folky, “hey nonny hop in a circle” about it. Nothing Like switches things up a gear again and the WTF nature of the sudden cuts in style is unsettling but definitely holds the attention. Until You Find Out is back among the “polite punk” backing that is probably brilliant live (thankfully I avoided having to go to many concerts with my cool pals back in the day). You is [cue grammar autocorrect going ballistic - Ed] a two minute proper punk throwback and probably the best thing on the album for me followed by What Gives My Son, which rounds out the album in stonking style, but it leaves me slightly disappointed as it seems like the band were just getting into their stride at this point, with a belligerent attitude that’s missing from most of what’s gone before, and I get the feeling that the next few songs would have been brilliant.
Image - Amazon
Email ThisBlogThis!Share to TwitterShare to Facebook