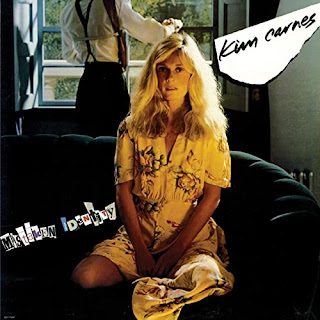 Inspired by our series of articles looking back at music released 30 years ago, Jimmy Hunter takes a step further back in time to give us a Song of the Day 1981. This week, he's got Bette Davis Eyes...

An unexpected break in proceedings brings me back with a classic. Yes, I think you’ll find it is your actual classic. And I am unanimous in that *sniffs*. [*stares* - Ed]

Whenever I hear the intro I’m transported 40 years back across the universe to the first ever time I heard this record (thanks to Paul Gambaccini and his US chart show on Radio 1). And I still get goosepimples. What’s got me so excited? Kim Carnes’ Bette Davis Eyes, that’s what!

Originally released in 1974 by one of the co-writers (Jackie DeShannon) it didn’t do much, but given a makeover by arranger and keyboard player Bill Cuomo and producer Val Garay. In fact, if you listen to the album it’s taken from, as I did before and during the penning of this article, you’ll find the same fingerprint on most of the tracks.

As described by Carnes in a Rolling Stone interview, the recording process took several days with her, the band and the producer trying to achieve a darker sound. Listening to the original, I think they definitely achieved that.

Although unfairly labelled as a one-hit-wonder, the song was quite rightly labelled new wave / electronica. Carnes was a very successful songwriter for mainly country artists by the time this record was released so although she hadn’t performed on too many commercially successful records, she had penned quite a few. It’s therefore unfair to compare a whole career with a rocketing world-wide success of one single. [If you say so – Ed]

The official music video is enjoyable, but here’s a performance for French TV from back in the day.