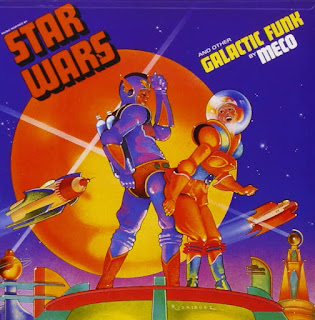 A long time ago in a galaxy far, far away...

OK, maybe it was 1977 in New York, [same thing, surely? - Ed] a musician and record producer called Meco watched the newly released film Star Wars five times in the first two days of its release. By the end of the week he had seen it several more times and was obsessed with the idea of making a disco version of the score by John Williams. The film became a blockbuster, the Meco album a now-forgotten classic.