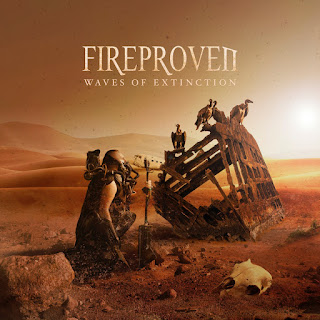 Our favourite Finnish prog metallers Fireproven have a new single out, just in time for the summer. Listen to Waves of Extinction...

Back in the winter, the band released two songs The Addict and The Maze. Now their massive prog metal piece Waves of Extinction is finally out and it is something else.

“The song has a story-like structure. After the “big bang” in the intro the song leads us to soft electronic parts and again to some pretty dark moods. Suspension finally breaks in the first chorus. The essence of this song is the power of co-operation. Sanna re-wrote most of the melodies and Janne put his effort in it as well. After this we all arranged the song together, and now it really sounds like us.” explains drummer Nuutti Hannula.

With an almost movie-like composition, Waves of Extinction speaks about climate change in two layers; via destruction and on the other hand via hope.

Nuuti goes on to say, “Climate change and its impacts were a huge inspiration for the lyrics. There are two timelines in this song. In the first one the destruction has already happened, and we live in a post-apocalyptic world. In the seconds timeline we’re in this moment where we want to save the world, but our actions for a big change are insufficient. The purpose of the song is not to depress listeners or make them lose faith in change. It’s just observation of an actual subject in a story-like form.” 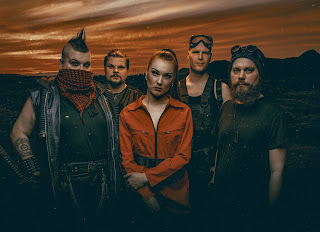 Fireproven’s vocalist Sanna Solanterä says the subject of the song is major for her, too, saying it’s one of the most versatile songs she has ever done.

“Waves of Extinction’s mood and dynamic variation together with odd time signatures hit me hard right from the start. The subject of the song is very important to me as well. Nuutti composed a masterpiece, and because of that it was easy for me to write the melodies. I don’t think I’ve ever used my voice in this many different ways in just one song. There were moments during the recordings when we couldn’t stop laughing for at first I was doing low growls, then these soft clean vocals, then higher growls and the next moment high clean notes. It felt crazy, but the result speaks for itself”
Sanna continued “This song sounds 100 % like Fireproven.”