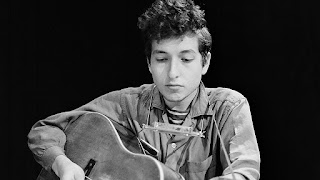 Radio 4 marks the 80th birthday of Bob Dylan, on 24th May, with a series of essays, an original audio drama and a documentary, each celebrating the musician widely regarded as one of the greatest songwriters of all time...
Press Release

Mohit Bakaya, Controller of Radio 4, says: “Earlier this year we brought listeners some brilliant programming on the life and legacy of David Bowie - an artist close to so many of our audience’s hearts. I’m delighted to announce that the station is now looking at another musical genius who has loomed large in our culture for many decades: Bob Dylan. The impact and influence of Dylan and his music is unique, and, likewise, we hope to mark the great man’s 80th birthday in a way that only Radio 4 can - through a beguiling mix of drama, close reading essays and music documentaries.”

From Monday 17 May, Professor Sean Latham presents It Ain’t Me You’re Looking For: Bob Dylan at 80.

Latham is Director of the Institute for Bob Dylan Studies at the University of Tulsa, and in this five part series, richly illustrated with music, he looks closely at the songs and draws on the vast Bob Dylan Archive, including material never broadcast before, to explore the life, work and influence of this great and elusive artist. 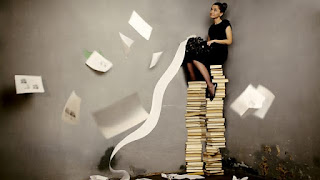 Dinner With Dylan is based on a true story and delves into the passionately dedicated world of Dylan fans, or as they dub themselves ‘Bobcats’.

Jon Canter’s script recounts an evening over dinner between friends Richard Curtis, Kerry Shale, Lucas Hare and Eileen Atkins - and each will play themselves in this audio drama, a first for Curtis. Akbar Kurtha (24, Small Axe) plays the part of Sam the waiter - ever eager to please his demanding guests.

The documentary Bob Dylan: Verbatim explores Bob Dylan's life and career told in his own words, incorporating rare interviews, studio outtakes and classic Dylan musings in his own inimitable style.

What’s So Great About… Bob Dylan?

On 4Extra is What’s So Great About… Bob Dylan? presented by Lenny Henry in which he questions the greatness of the musician he never really got to grips with. Lenny - a great fan of soul music and rhythm and blues - finds out more about one recording artist he never really 'got'. Poet Andrew Motion, Kris Kristofferson, Bryan Ferry, Jools Holland and Al Kooper, who played with Dylan on some of his most famous albums in the 1960s, are among the defence team.
Images & info - BBC
Email ThisBlogThis!Share to TwitterShare to Facebook