Turn That Noise Down - Pearl Jam 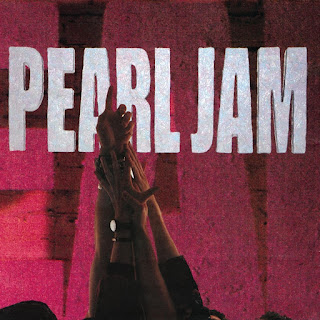 So many well-known albums turn 30 this year and Steve Taylor-Bryant and Susan Omand travel back to 1991 to revisit some of the sounds of their youth that made parents shout "Turn that noise down!" This week, Steve looks back at Ten. [Ten what? - Ed]...

1991 was the year that everyone in the world became familiar with the Seattle scene and the music labelled Grunge. Some of us were already quite in love with this different sound thanks to radio here in the UK and friends with cassette bootlegs. We had heard the start of Nirvana, we knew Soundgarden, and we’d heard most of Pearl Jam from members' previous projects but Ten was the debut, the statement, and what a way to burst into the consciousness of a listening public.

With hindsight, or hindhearing maybe, Ten is not my favourite Pearl Jam album, that prestigious title belongs to Vitalogy, but Ten contains no weak songs, a mesmerising amount of styles, often within one tune, and for me a bucketful of memories of nights out at the local rock club with my friends.

Once, Even Flow, Alive, Why Go, Black has to be one of the greatest starts to any debut album in the history of music and if the first five tracks weren’t enough the quality doesn’t drop off afterwards as the next few tracks are Jeremy, Ocean’s, Porch, Garden, Deep, and finally Release (unless you have the version I had once which has some live tracks and the wonderfully quirky Dirty Frank).

There is an energy and quality to the musicianship that is only surpassed by Eddie Vedder’s distinctive vocals. It’s a lyrical masterpiece wrapped up in a vibrant listening experience that I don’t remember ever getting from another debut by anyone. Depending on mood my favourite tracks vary. Today it’s Why Go, that drum intro and driving bass into a wah wah guitar with almost violent singing just pops with every listen. Yesterday it was the wonderful Black which somehow entertains whilst haunting my soul. Whichever day I listen to Ten I get a chill, I get pleased and sad in equal measure and it sounds as fresh today as it did *checks notes... THIRTY FUCKING YEARS?!? Yes, thirty years ago.