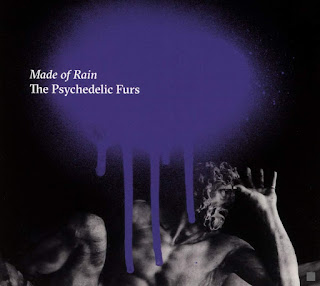 The Psychedelic Furs have revealed the video, directed by award-winning artist, photographer and filmmaker Hans Neleman, for their new single, Wrong Train ...
Press Release
Wrong Train is the latest song to be lifted from the album Made Of Rain, alongside Come All Ye Faithful, No-One, Don’t Believe and You’ll Be Mine.

Richard Butler said “Wrong Train continues the black and white textured, mysterious feel of the previous videos from Made Of Rain. It was a pleasure working along with Hans Neleman on this project. The creativity Hans, Peter Sebastian and their team brought shows in every frame. Much like in paintings, imagery in this video is altered to where it is seen in an entirely different way.”

For the video, Neleman drew inspiration from Furs’ frontman Richard Butler’s paintings. “Wrong Train explores the theme of a disintegrating relationship and the idea was to deliver something rooted in a more abstract realm rather than illustrating the lyrics literally. I photographed and filmed Richard while painting his face as if he were delivering an art performance” Neleman says.
Restricted by Covid-19 limitations, the video was shot in Neleman’s home-studio in Connecticut and at Michelson Studios in upstate New York. After the shoot, the photographic material was handed over and digitally manipulated by Peter Sebastian.

Made Of Rain was produced by Richard Fortus with The Psychedelic Furs, whilst mixing duties were handled by Tim Palmer (David Bowie, U2, Robert Plant). Made Of Rain is available on CD, Double Gatefold vinyl, digitally download and stream now. 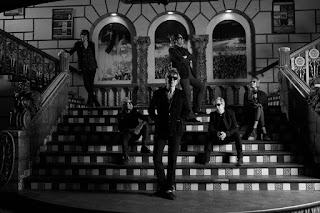 In recent years, the band has toured, completing a tour of North America in 2019 and also played acclaimed shows at The Hollywood Bowl, All Points East, Hyde Park, Benicàssim and a celebrated run of UK shows including headlining the prestigious Meltdown at the Royal Festival Hall at Robert Smith of The Cure’s request. Most recently, the band performed a sold-out tour of the UK and Europe which culminated in a triumphant show at the Roundhouse in London.
This year, The Psychedelic Furs play seven rescheduled UK shows during September and October as part of the European leg of the Made Of Rain Tour. Tickets for all UK shows are available now from: https://www.axs.com/uk/artists/104875/the-psychedelic-furs-tickets

Supports:
* Jah Wobble & The Invaders of the Heart
** Pauline Murray & The Invisible Girls

The last few years have seen the band’s legend growing, highlighted by the fact they have scored over 150 million streams of their songs worldwide. Their influence since arriving on the post-punk landscape four decades ago has reverberated and resonated with many bands that have followed. Additionally, artists from The Strokes to The Killers to REM to Foo Fighters to Bob Dylan has have sung their praises.