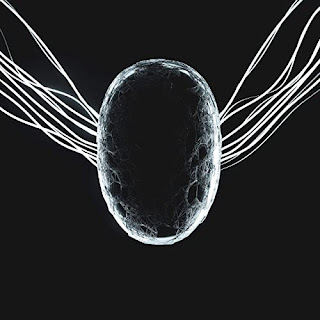 Jean-Michel Jarre has done his first ever remix of someone else's work. Listen to his interpretation of dark electronic DJ/producer Deathpact's latest single ID...
The Jean-Michel Jarre remix for Deathpact’s most recent unheard original - or “ID” - rounds out a series of remixes of the Deathpact track released in the past few weeks, following Biicla, Opiuo, Deafheaven, CloZee, Code Orange, Claude VonStroke and REAPER.
Jarre said on social media "@deathpact asked me a while ago if I would do a remix for a new track for them. Its my first ever remix for another artist and I really enjoyed the process."

French composer, performer, producer, visionary, innovator and cultural ambassador Jean-Michel Jarre is recognized worldwide as one of the pioneers of electronic music. His catalogue, which includes 21 studio albums that have generated sales of more than 85 million albums worldwide, consists completely of all original productions.
But who is Deathpact? Very little is known (although rumours abound) about the enigmatic music maker who burst onto the electronic music scene (we think) with their work on Canadian DJ Rezz's 2018 album Certain Kind of Magic before releasing three EPs of their own, Cipher One and Cipher Two, and Departure. Since then Deathpact has been making themselves the centre of a bit of a puzzle. Those who go looking, find a New York phone number to call (which goes to voicemail and then texts you back in a very Mr Robot kind of way). There's also some curious goings on on their website, with a front page like an old-style mainframe terminal with a hidden link on for a Discord channel as well as music videos. And that's pretty much all we know - if anyone else can enlighten us as to more, then please can you be a bit less cryptic about it!
Image - Amazon
Email ThisBlogThis!Share to TwitterShare to Facebook