Turn That Noise Down - Marc Cohn 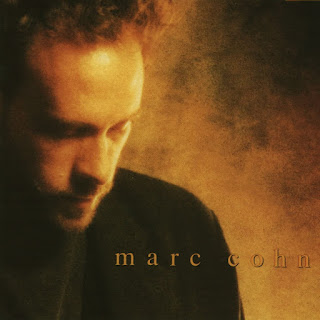 So many well-known albums turn 30 this year and Steve Taylor-Bryant and Susan Omand travel back to 1991 to revisit some of the sounds of their youth that made parents shout "Turn that noise down!" This week, Susan looks back at Marc Cohn's debut album...

Up until this week, I had only ever listened to one song by Marc Cohn, the sublime Walking In Memphis, so I took this as an opportunity to see if I'd missed out on anything special from his debut album that came out around the same time.
Short answer, no not really.
Longer answer, it's actually not a bad album at all. There was "a cosy sound" coming from singer/songwritery types back then - think Paul Weller's early solo stuff and you get the idea - that is beautiful but unassuming, lyrical but unchallenging and this album fits very well into that category. Thinking about it, Paul Weller is quite a good comparison in other ways, because I find the vocal tone sounds very similar too.
The problem for me is that track one is, indeed, the sublime Walking In Memphis, with its wonderful lyrics

which I have always loved. And then... well, then all the rest of the songs are a bit of a let-down if I'm being brutally honest. It's plinky, piano-based "cosy" music and I found it difficult to tell one song from the next as they all sounded very samey; nice samey, yes, but still samey, nothing new or different. I think it's the kind of album that you would put on in the background while doing something else and you'd find yourself humming along abstractedly but not being actively distracted by it.
Mind you, in these hectic anxiety-ridden days, maybe a bit of pleasantly unassuming, unchallenging music is exactly what we need.