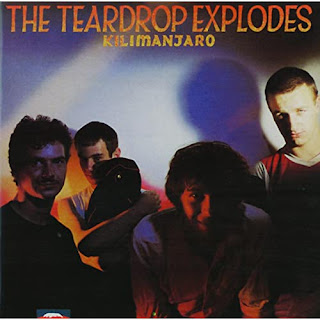 Inspired by our series of articles looking back at music released 30 years ago, Jimmy Hunter takes a step further back in time to give us a Song of the Day 1981. This week, he copes with a reward...
You’d be forgiven for thinking that the main artist, the main driving force behind this record was as much of a blip as the group. And some would say the record. But you would be wrong, for to know Julian Cope and his background is to know the connection with many, many Indie and post-punk artists of the early ‘80s. Though the spotlight shone but briefly upon them, The Teardrop Explodes made their mark – and it was indelible.

This week I’m listening to Reward by The Teardrop Explodes. Probably the most commercially success of the very few singles released by the band, I always think of Treason when I think of them. But I like this record for a number of reasons. Primarily, it sounds more dull and monotone than it actually is [what??? – Ed].

Let me explain [oh please do! – Ed] – the production and the tone of Cope’s voice makes this record seem tuneless. I’ve always had this in my head when I think about the record but when I listen to it, it’s very different. It’s off at a gallop with horns blaring and a really good melody provided by solid guitar work and a good bass.

The lyrics themselves clearly having a pop at the establishment. Kind of par for the course at the time. At the end of every verse there’s a hook in the form of these lyrics:

I’ve often wondered about the short lived (commercial) success of the group but the group itself soon disintegrated. Cope’s road to this point and the people in his life formed a large part the backdrop for new wave music at the time.

This live appearance on the much missed Old Grey Whistle Test at the time demonstrates that the band was much more than a studio band and were able to produce a very accomplished sound live: