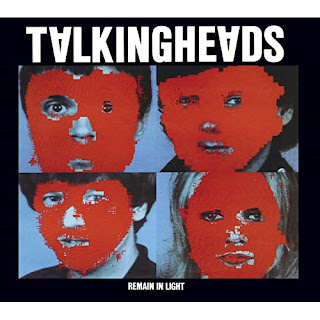 Inspired by our series of articles looking back at music released 30 years ago, Jimmy Hunter takes a step further back in time to give us a Song of the Day 1981. This week, it's the "same as it ever was"...

This was one of the many records that grabbed me by the shoulders and shook me 40 years ago. And do you know what? It still does. Do we have to do a deep dive into the band’s history? No, perhaps not, but let’s have a quick look anyway.

This week’s choice is the sublime Once In A Lifetime by the ubiquitous Talking Heads. I say “ubiquitous” simply because at the time, this record was being played all over Europe and especially in the UK. Noticeably not in the US.

The music video that accompanied the single became “legendary”. It was choreographed by the inimitable and still irrepressible (well into her ‘70s) Toni Basil and she co-directed the video with lead singer David Byrne. “Achieving iconic status” may be a better way of describing the video.

Co-written and co-produced by Brian Eno, the record is the product of many influences: primarily of African origin but also R&B and prog rock. Byrne would continue to be influenced by world music and, in particular, African music, as his career progressed. The record is also the product of many, many studio sessions that culminated in this wonderful production. Legendary vocalist and ex Labelle member Nona Hendryx making an appearance on backing vocals just boosts the kudos “cool” of this record even more – if indeed that were needed, or possible.

Much speculation was put on the lyrics at the time and that speculation continued for a long time. Some pundits in the music press and the arty, left wing press thought they had the answers but Byrne rarely commented on this. The record’s Wikipedia page accurately states that Byrne said the lyrics represent how we live whilst in autopilot mode. Listen to the lyrics and ask yourself, “how did I get here”?

Here is the official, iconic music video to the single. And here is a great live performance from 1983. Enjoy!
Image - Amazon
Email ThisBlogThis!Share to TwitterShare to Facebook