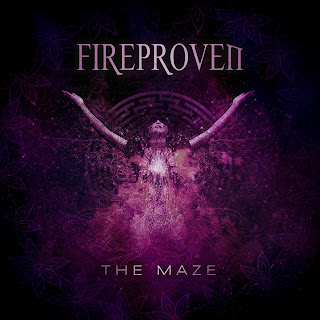 Finnish progressive metal band Fireproven have released a new song, this time on the subject of bullying - listen to The Maze...

Following their highly successful single The Addict, which was released in December last year, the Finnish prog metal band Fireproven are tackling another difficult subject that affects people's lives all too often these days - bullying.

The Maze was written by Fireproven’s drummer Nuutti Hannula, who explained more. “The lyrics are based on my teenage years when I got bullied in school. I’ve dissembled the emotions I went through as a teenager, and where those experiences finally led me. Not all ugly incidents are bad, no matter how painful it might feel at the moment. Some things you’ll never forget and they stick with you through life, but the aspect is constantly changing. It’s important to see that each person is capable in extreme cruelty but in kindness, too.”

However, the serious subject matter does not mean that the song itself is downbeat.

Hannula continued, “When writing this song I combined old video game tunes with progressive metal and melodic death metal. In my opinion music should evoke various feelings in a listener. I’ve gained these experiences since the early Nintendo games.”

This gaming influence is evident from the start with the superbly retro-sounding synth from Ilara Hannula leading into Nuutti's own thrash percussion. Add in the glorious guitar work of Janne and Juha Väätämöinen and introduce both Juha Väätämöinen's and Sanna Solanterä’s powerful vocals and you have a very catchy track on your hands.