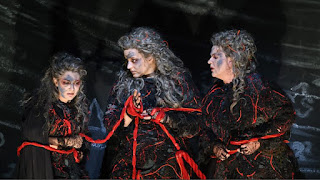 BBC Radio 3 is to air all 18 hours of Wagner’s The Ring Cycle over four consecutive evenings, starting on Wednesday 17th February...

In the midst of the current UK lockdown, BBC Radio 3 provides listeners at home with an opportunity to immerse themselves in the world of epic music drama, broadcasting Richard Wagner’s 18-hour operatic marathon The Ring Cycle over four evenings, from Wednesday 17th to Saturday 20th February.

At this time of uncertainty, with no opportunity to attend live events, radio audiences are virtually transported to the currently closed Royal Opera House in London to enjoy performances of Das Rhinegold, Die Walküre, Siegfried, and Götterdämmerung – as introduced by Tom Service. These were recorded at Covent Garden in autumn 2018, when the Ring Cycle was last staged at the Opera House in Keith Warner’s critically-acclaimed production.

Online resources, including synopsises for all four operas, image galleries, filmed interviews with Pappano and singers in the cast, as provided by the Royal Opera House, offer background information for Wagner enthusiasts and first timers alike to relish in the broadcast of the world-class performances. 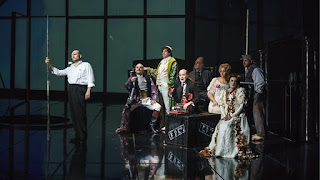 Alan Davey, BBC Radio 3 Controller, says: “In the current climate, with restrictions still impacting our daily lives, we are pleased to be able to give audiences the perfect opportunity to enter the world of myth and eternal values - a world of truth and archetype underpinned by the eternal truths of human behaviour and emotion, and music of astonishing beauty.

"Listening to Wagner’s magnificent scores - with words, background information, and one’s own imagination to call upon - is a deeply fulfilling way to enjoy one of the greatest achievements of western musical art, and we hope that beginners and established fans will join us in this extraordinary world without having to leave their sofas.”
Oliver Mears, Director of Opera at the Royal Opera House, added “The Ring Cycle is the pinnacle of achievement for any Opera House and we are hugely proud of our most recent version conducted by Antonio Pappano, directed by Keith Warner and with an outstanding cast of top international singers.

"A vast panoply of characters, mythic inspiration and motivic invention make listening to a Ring Cycle one of the most arduous but rewarding experiences in classical music and we can’t wait for Radio 3’s listeners to join us for opera’s supreme journey.” 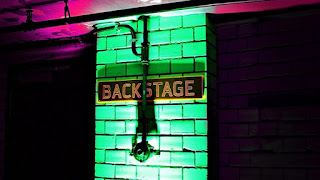 In the run up to the broadcast of The Ring Cycle, BBC Radio 3 also presents The Last Of The Volsungs as part of the Drama on 3 slot (Sunday 14th February). In this, Melissa Murray creates a new powerful dramatisation of the tragic story of Sigurd Volsung and Brynhild, the woman he loves; a 13th century Icelandic Saga which provided inspiration to Wagner for his epic work.
The Volsunga saga falls within the heroic tradition of tales that can be identified as precursors to the early European novels. They have inspired many celebrated works, from epic poems by William Morris and Tolkien, as well as Wagner.

At the bedrock of the heroic saga is the idea of Ragnarok, the doom of the Gods. At the end of time the Gods go out and fight a last battle with their enemies, the Frost Giants and their allies, and in the conflict the universe is destroyed. The Gods die. This is the end - the inevitable, organic end of everything. With stoicism and courage, warriors rally round Odin All Father, facing certain annihilation in that final battle.
The Last Of The Volsungs was produced and directed by the late Marc Beeby, long-standing member of the BBC Radio Drama team, who sadly died on 26th December.

The complete Ring Cycle, as well as The Last Of The Volsungs, will be available on BBC Sounds for 30 days after initial broadcast, where audiences can also read full synopses of the stories in the programme description.