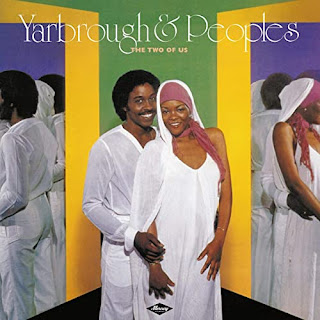 Inspired by our series of articles looking back at music released 30 years ago, Jimmy Hunter takes a step further back in time to give us a Song of the Day 1981. This week, he pleads Don't Stop the Music...

Blink and you would have missed this. It’s a record that thankfully doesn’t get that much airplay on retro music stations – I suppose they just don’t think it retro enough. However, I think it’s a great record. Though you’d be forgiven for thinking that nothing much seems to happen. Certainly nothing exciting.

This week R&B boppers, I’m listening to Don’t Stop The Music by Yarbrough and Peoples. “Who?” you ask? Well they didn’t inhabit the limelight for very long … actually, one hit single and a few underselling albums – 1980 to barely 1986. Yet again, an outfit with talent and a solid CV but somehow missing the bright lights of mega stardom.

Calvin Yarbrough and Alicia Peoples had known each other from their childhoods in Dallas. By the mid ‘70s they were touring in the Leon Russell band (google him, Elton John lists him as a mentor) and having met the Wilson Brothers, who went on to form the Gap Band, they were introduced to a record label exec. The first album, The Two of Us was recorded and this single flew off the shelves.

It’s different to your run of the mill R&B stuff and it’s evident they weren’t a singles machine, for this record is not that commercial. Having been touted heavily round the clubs of New York, the dancefloor regulars were starting to paying attention and I think that has a lot to do with the synths and the melody.

Yes, it has an R&B beat but the choppy bass marks it as somewhat different yet I’m reminded of Womack and Womack now when I listen to it. What I like about it is that there’s little difference between verse and chorus yet the melody is carried along buoyantly by that solid and choppy bassline. The chipmunk voices add a little something and though I’ve never been that keen on gimmicky additions, I can’t imagine this record without this. Perhaps that’s what help its commercial success?

Those who know me know that there’s nothing more I like than a good 12” mix so here’s the original version of this record
However, for those of you who like a music video then this is a good piece from US TV at the time
Image - Amazon
Email ThisBlogThis!Share to TwitterShare to Facebook