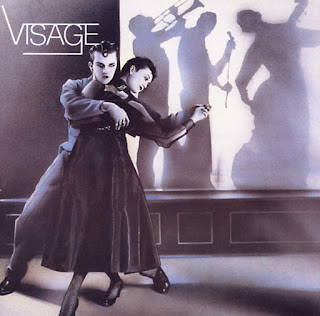 Inspired by our series of articles looking back at music released 30 years ago, Jimmy Hunter takes a step further back in time to give us a Song of the Day 1981. This week, he Fades to Grey...

Happy New Year Albie Media fans. It’s definitely an odd time and it’s fair to say we’ve all had a bumpy ride throughout 2020, some more than others. I wish all at DreamCage Media Group and all our readers a healthy and safe 2021 … with as much happiness as it can muster for you all.

Kicking off for 1981 is a record that has New Romantics gloriously, extravagantly painted all over it. To get some authentic background on the movement I’d encourage you to watch the excellent Worried About The Boy (can’t believe it’s over 10 years since this was released). [Get on with it!! – Ed]

Right from the off, Fade to Grey by Visage tingled my soul. The beginning of 1981 felt different because all of a sudden, we were hearing new music – a genre (at least 1 genre) we’d never heard of before and it was exciting. New romantics, New Wave … it all felt like we were turning a corner into something very different – and in many ways, we were. We were not, however, thankfully, aware of the building horror that was about to hit us.

Steve Strange (and Midge Ure of Ultravox fame) started Visage after Steve had debuted in David Bowie’s Ashes to Ashes video in 1980 after Bowie showed up at Strange’s Blitz Club looking for extras. Many many many people my age and older (gay and straight, but mainly gay) will claim to have known Steve, or have been connected to Steve, in some remote and bizarre way but their stories, mostly, are wishful thinking.

This record, as with the genre, is all about the synth. The glorious and at the time, much maligned, synth. I love the bass here, the frequency quite impressive for the time, its simple melody carrying the more intricate melody of the higher keys gradually building to the “aaahhhh, ahhhhh we fade to grey (fade to grey)” chorus. The haunting “Devenir gris” keeping the French theme going, reflecting the verses.

Strong, vivid memories of hearing this for the first couple of times on radio 1 as I drifted unwillingly from sleep into an unwanted teenage semblance of consciousness.

Enjoy this recent find, a retro performance of some 10 – 15 years ago on German TV.

And another video that wasn’t widely seen at the time …
Image - Amazon
Email ThisBlogThis!Share to TwitterShare to Facebook