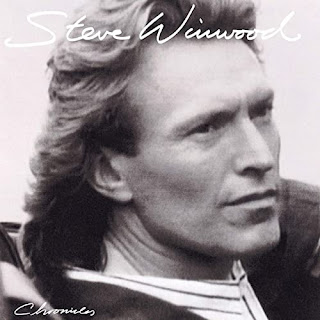 Inspired by our series of articles looking back at music released 30 years ago, Jimmy Hunter takes a step further back in time to give us a Song of the Day 1981. This week, while he sees a chance...
Today’s choice is one of those artists whose records I’ve never bought – and I suspect this goes for quite a few people. Two of his singles in particular are very well known, but really only retrospectively and this is due to 1) inclusion in a film or two and 2) being sampled in the early 2000’s. And having listened to all of his albums I can assure you, and reassure myself actually, that I would never have bought any of them. [Is there a point to this??? – Ed]

So why am I writing this [I’ve just asked that!! – Ed]? Well, because I like it the record and as it turns out, it seems like I’m bring you the soundtrack of my youth, and I rather like that too. This week I’m feeling optimistic and listening to Steve Winwood’s While You See A Chance Take It.

Why not “When”? “When You See A Chance, Take It”? For an ex computer programmer like me it always sends me to “DO WHILE” and “DO UNTIL” and then I spend a long time thinking about the possible outcomes. Well, the outcome here is a record review [Really? Where?! – Ed].

His first solo album didn’t do much but this single got a lot of attention, and for good reason. Not hugely commercially successful but it has a lot going for it. The first few bars are reminiscent of Earth Wind & Fire’s “Star” and then that gives into a good hook driven by a synth that sounds like a paper mouth organ and a good, very good, underlying melody. Yes, I do think it’s more American type poppy-rock as opposed to something that was written by someone who’s roots are firmly in British rock.

But then this is a very enjoyable record and I do find myself tapping my foot and singing along. I think it’s because behind the lyrics, and the musical style, it’s optimistic. Is there a sound in there that reaches out to me from a distant past that was carefree? Possibly.

See for yourself. If it makes you feel even slightly more positive, do let us know. And if you know the two singles I was talking about, name them.