#NotBaconBits - From New Order to... 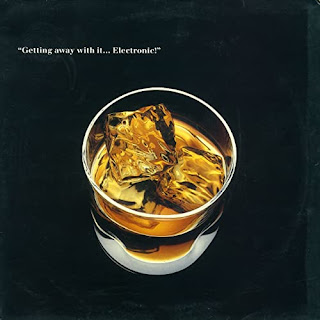 Yesterday we played Blue Monday by New Order. So what song was chosen for today's #NotBaconBits connection? You can thank @RenZelen for this one...

Most of yesterday's suggestions picked up on the days of the week, @omandoriginal went for The Rolling Stones' Ruby Tuesday, @STBwrites wanted Tuesday Morning by The Pogues and @WolfPaw36 decided to jump ahead to Friday On My Mind by The Easybeats.

However today's offering, and the song to link to for tomorrow, comes from @RenZelen who said:
I think of New Order's Bernard Sumner joining forces with former Smiths guitarist Johnny Marr and Pet Shop Boys' Neil Tennant in 1989 to temporarily form the band 'Electronic'. I'm thinking about them because their biggest hit should form the theme song of the current Tory government, it was called 'Getting Away with It'.
So, how will you connect to this song for tomorrow? Something Electronic maybe? The band members? The very nice glass of whisky on the cover art? Something else? Let us know!
Email ThisBlogThis!Share to TwitterShare to Facebook