#NotBaconBits - From Jimi Hendrix to... 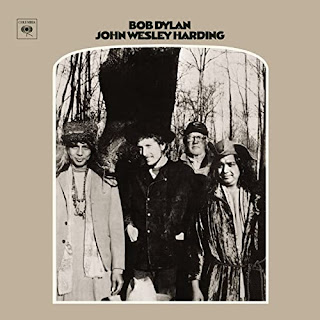 Yesterday we played All Along the Watchtower by The Jimi Hendrix Experience. So what song was chosen for today's #NotBaconBits connection? You can thank @STBwrites for this one...

As always for #NotBaconBits, once you've listened to today's choice, we're looking for your suggestions for tomorrow's track. Join in by tweeting us @albiemediaAM with the #NotBaconBits hashtag or adding your suggestions in the comments of our #NotBaconBits Facebook posts - remember the link can be as simple or contrived as you want, in any music genre (it doesn't have to be classical or pop) and you can link to anything about the song - the title, the artist, words in the song, something about the video ... anything as long as you can explain how you got there and show your workings. If we pick your suggestion for the link, you'll get the credit in that day's article and shout outs on our social networking streams.
OmandOriginal went for an incredibly obscure lyrical link with Dream Academy's Life in a Northern Town [You linked via the Salvation Army? Really?? - Ed]. In saner territory, Wolfpaw, who suggested yesterday's track, wanted to follow it up with a classic track from The Band, Bob Dylan's erstwhile backing band. But it's to Bob Dylan himself we go with @STBwrites' suggestion:
All Along the Watchtower wasn't Hendrix’s song originally it was Bob Dylan’s from his 1967 album John Wesley Harding. When it was released as a single in ‘68 it had the wonderful I’ll Be Your Baby Tonight as a B Side.
Image - Amazon
Email ThisBlogThis!Share to TwitterShare to Facebook