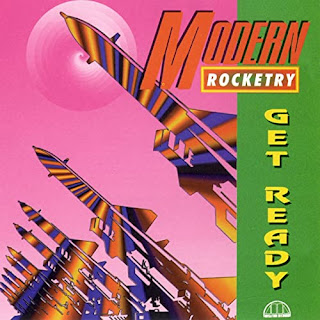 Yesterday we played Getting Away With It by Electronic. So what song was chosen for today's #NotBaconBits connection? You can thank @JimJamGin for this one...


Today, dear Albienites, you have been saved from listening to the entire back catalogue of Edgard Varèse [the acknowledged "father of Electronic music" and the suggestion of @omandoriginal - Ed] because today's offering, and the song to link to for tomorrow, comes from our own political animal @JimJamGin who picked up on the Pet Shop Boys band connection from yesterday, along with a bit of politics...
It’s A Sin. Two years before this record was released, Thatcher had stated “children are being told that they have an inalienable right to be gay” then introduced Section 28, a mere 6 years after sex between men had been made legal in Scotland. Sin and Tory governments. So my choice is the 1985 Hi NRG hit “Homosexuality” by Modern Rocketry.
So, how will you connect to this song for tomorrow? Politics? Something "Modern"? It's not Rocket Science... Let us know!