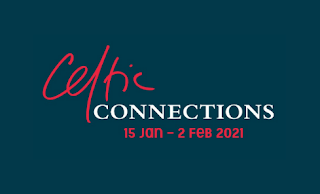 The Celtic Connections online festival begins on Friday. Here's what's coming up in a busy programme for this year...
Press Release
Across 19 days, the festival will present over 30 online performances between Friday 15th January and Tuesday 2nd February 2021. World class concerts will be available to view online with some of the biggest names on the Scottish music scene and beyond appearing on screens across the world as part of the winter festival.

Celtic Connections has created unique digital content from specially commissioned projects and performances filmed across many of Glasgow’s much-loved venues. International artists have also contributed to the eclectic line-up by recording performances remotely.

Traditionally, the festival welcomes over 100,000 attendees to Glasgow, a UNESCO City of Music, and on announcing the digital-first festival organisers hoped it would appeal to the wide international audience they usually see attending the festival. The 19-day event undoubtedly has caught the attention of music fans across the world with festival passes purchased in 35 countries already. With the festival’s global audiences in mind, they have allowed for all shows to be available for a week after they are first streamed to alleviate any restrictions for different time zones enjoying the range of content.

Donald Shaw, Creative Producer for Celtic Connections, said, “The announcement of the full festival programme today marks a huge moment for me and the wider team. The concept for a digital-first Celtic Connections was borne out of a desire to promote wellbeing and optimism amongst fellow musicians as much as it was about still being able to offer entertainment to our loyal Celtic Connections audiences during the dark nights of January.

“The resounding feeling that has come out of the recording days is a space for musicians to come back, to play again, to feel part of the community that they helped to create. The last time a lot of the contributing artists performed was at Celtic Connections 2020 and now they are back playing as part of the festival one year on after what has undoubtedly been the hardest year of their careers. We feel incredibly proud that as a festival, along with our funding partners, we have allowed for this safe space for them to play again, embrace their creativity and ultimately give them hope that there is a future for them within this industry.”

Celtic Connections is delivered by the charity Glasgow Life and is funded by Glasgow City Council, Creative Scotland and The Scottish Government Festivals EXPO Fund.
Programme Information (click the date link to find out more and book tickets)

Opening in unparalleled style, the first online concert from the festival on Friday 15th January will include sets from some of the very best musicians on both the Scottish and international music scenes. With over 12 performances packed into the 90-minute show, the footage has been recorded across many of Glasgow’s venues as well as captured remotely across the world, bringing a true feeling of optimism and connections as it welcomes back so many musicians who have graced the festival stages across the years.
Each night’s online concert will show an ambitious line-up of various performers.

Saturday 16th January will offer two concerts, with the first in the shape of BEMIS presents ‘The New Scots in Concert’ with music from Jamaican musician Brina, whose sound is steeped in the rhythm of her native culture and inspired by World Roots Reggae music. The Ando Glasho Collective, a group that showcases the cultural heritage of the Roma people living here in Scotland, will also perform as part of this early evening show.

The afternoon of Sunday 17th January will have viewers settling into Josie Duncan’s New Voices commission while the evening will once again welcome a smorgasbord of talent in the shape of long-term collaborators and cross-genre pioneers Chris Stout and Catriona McKay and the Gambian artist and first female Kora virtuoso from a west African Griot family Sona Jobarteh. Jazz will also take centre stage on the Sunday night with award-winning jazz artists, including Jazz FM vocalist of the year nominee 2020 Georgia Cecile and jazz pianist Fergus McCreadie whose second album, Cairn, is out on 29th January.

A special show entitled Come Away In will air on Monday 18th January. Inspired by Karine Polwart’s song of the same name that celebrates Scottish hospitality and is partly inspired by The Wren’s Nest by Robert Burns, this song circle show will include performances from some of the best vocalist on the Scottish music scene - Karine Polwart, Eddi Reader, Rab Noakes, Siobhan Miller & Finlay Napier.

Scottish folk group Breabach will perform as part of the show being aired on Tuesday 19th January. Part of Aidan O’Rourke’s 365 show will also be aired where he will once again be joined by Kit Downes. Singer and harpist Rachel Newton (winner of the BBC Radio 2 Folk Musician of the Year in 2017) will also perform songs from her new album To the Awe. One of the true masters of the ngoni, an ancient traditional lute found throughout West Africa, Bassekou Kouyate will perform with his quartet of fellow instrumentalists Ngoni Ba, recorded remotely in his home village of Garana in Mali. Brummie folk musician Katherine Priddy will also perform as part of tonight’s entertainment.

Wednesday 20th January will showcase Blue Rose Code, the musical embodiment of Edinburgh-born musician Ross Wilson. Karen Matheson of Capercaillie fame will also perform a mixture of new material from her new solo album Still Time, out next month. Strings trio LYRE are a new group comprising of Patsy Reid, Alice Allen and Marit Fält and they, alongside Scottish acoustic troubadour Rory Butler, complete the line-up for this mid-week show. 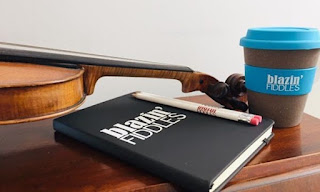 Scottish trad will take to the stage on Thursday 21st January with multi-instrumentalist Ross Ainslie and his band alongside renowned folk-trad groups Talisk and Mànran. Scottish singer-songwriters Siobhan Miller and Beth Malcolm will also perform.

The first concert of Saturday 23rd January will welcome Nordic folk outfit Dreamers’ Circus who have recorded from at home Denmark. Vocalist and exponent of the Gaelic tradition Kathleen MacInnes and folk five-piece Ímar will join the Nordic trio on tonight’s bill.

A special performance which has been captured for the festival in Rajasthan will also be part of this middle weekend show. The Womanly Voices of Jodhpur Riff was recorded at 4am with eight local female Rajasthan musicians playing as the moon went down and the sun came up. The line-up includes mother Sundar Rao and her daughter Ganga Rao on vocals, alongside Mohini Devi also on vocals and her daughter Susheela - the very first Rajasthani woman folk artist to play the khartal instrument on an international platform (with her first performance at Jodhpur RIFF - Rajasthan International Folk Festival in 2019 and now as part of Celtic Connections 2021.)

The later Saturday night show, starting at 9pm, will be Scottish indie group Admiral Fallow who will perform a one-hour concert for the festival. 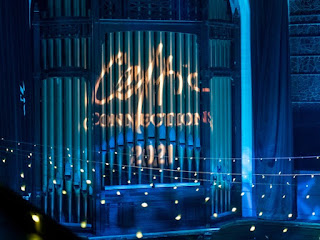 Sunday 24th January will be a day packed full of entertainment with three online concerts. The first of the day will be the festival’s second New Voices commission, this time from 2017’s BBC Radio Scotland Young Traditional Musician of the Year Charlie Stewart.

The evening’s show will welcome the Americana duo The Secret Sisters. A high energy and driving performance will also come from Kinnaris Quintet. An Tobar is a creative hub on the beautiful Isle of Mull and for the first time they have commissioned a special set for this year’s festival that will be performed by Mairearad Green, Sorren MacLean & Hannah Fisher and Roddy Woomble of Idlewild fame.

The late-night show on Sunday 24th January will come from the legendary Argentine-Swedish singer-songwriter José González. After an unusually long break from live shows and recording of a new album for release later this year, José González will join in with an exclusive solo performance from a special venue in Gothenburg, Sweden.
James Grant & the Hallelujah String Quartet will perform on Monday 25th January alongside Irish singer-songwriter Declan O’Rourke who will perform songs from his new album. The night will be supported by multi-instrumentalist, composer and singer Siobhan Wilson and nu-folk singer-songwriter Zoë Bestel.

On Tuesday 26th January the fiddle-led group Fara will take to the stage. They will be joined by an eclectic mix of Scottish talent in the form of singer-songwriter Rachel Walker, folk trio Assynt, fiddler Chloë Bryce and singer Amy Papiransky.

Wednesday 27th January will showcase two Celtic Connections shows, with the first being ‘Home on the Sea’ (sponsored by CalMac). Celtic Connections favourites Cherish the Ladies will return for the online edition of the festival also on Wednesday 27th January. Their performance will be well and truly warmed up by sets from Nae Plans with Hamish Napier & Adam Sutherland and folk quartet Westward the Light. 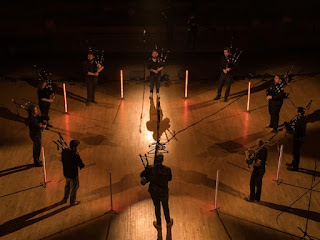 Thursday 28th January will welcome a night of piping with The Conundrum 2021 - a line-up of pipers that includes Finlay MacDonald, Ross Ainslie, Malin Lewis, Ailis Sutherland, Conal McDonagh, Bradley Parker and a band of Steven Blake, Steve Byrnes and David Foley. Also joining this bill are Tryst, the 10-member band of pipers. The neo-trad trio Project Smok will open the night of entertainment with a number of tunes built around the distinctive piping of BBC Young Traditional Musician of the Year 2020 Ali Levack.

Friday 29th January will showcase a Celtic Connections flagship event, Transatlantic Sessions, which will welcome the regular all-star line-up from here in Scotland and across the pond. The festival will also air a concert that celebrates the music of Quebec with QuebecFest, featuring Le Vent du Nord, De Temps Antan & Isle Gross.

The final weekend offers another jam-packed entertainment offering with the first of the Saturday shows coming from Inverness where indie-folk band Elephant Sessions perform a 75-minute gig from The Ironworks venue.

The afternoon of Sunday 31st January will showcase the festival’s third and final New Voices Commission from Steven Blake of Rura fame. The later show on Sunday 31st January comes from Rhiannon Giddens and Francesco Turrisi. They will be supported by Orkney singer-songwriter Kris Drever (Lau), Americana singer Dean Owens who will perform alongside Calexico’s Joey Burns, Cahalen Morrison will complete the night’s bill.

On Monday 1st February, Uist’s Taigh Chearsabhagh Museum & Arts Centre have commissioned a special show that celebrates the talent that has come out of or been inspired by the island.
The ‘All Access’ ticket is priced at £40 and this will give access to all of the concerts taking place across the 19 days. It is also now possible to purchase tickets for individual shows, pricing for these is detailed on the Celtic Connections website.
Images - Celtic Connections, info - Creative Scotland
Email ThisBlogThis!Share to TwitterShare to Facebook