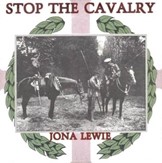 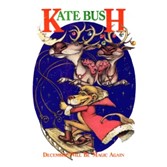 Inspired by our series of articles looking back at music released 30 years ago, Jimmy Hunter takes a step further back in time to give us a Song of the Day 1980. This week, a couple of festive offerings you may not remember...

It’s Christmas Eve. It’s not the Christmas we’d been expecting or even faintly looking forward to. No, instead of spending it with loved ones, many will spend it alone and many will experience increased/increasing anxiety and mental health problems. #BeKind isn’t working as too many people are angry – very angry.

These two special Yuletide SotD offerings are about Peace and Hope and I send them, and their message, from the bottom of my heart.

Oddly enough, the first pick was never a Christmas song, it was released purely by chance having been rearranged after an initial rejection from the record company (Stiff). It is, however, like a few of my picks this year, most definitely anti-war. Stop The Cavalry, by Jona Lewie, is a superb song, eloquently written, initially about the Crimean War but as the lyrics developed, it became about all war.

Lewie said in an interview: “I imagined my soldier standing for prime minister and saying: “If I get elected, I will stop the cavalry.” A thought that, I must admit, has crossed my mind many times since I was very young.

Choice number two has its roots deep in eastern European mythology. Mythology? Or fact? Actually, deep in Siberian mythology … or history. Either way, this record is aimed at the Winter Solstice (the day of writing this) and from where the Santa/St. Nick traditions may have come. This record also has an emotional point for me and 40 years on that point hasn’t dimmed.

Yes, it’s probably the least listened to and the hardest to find of all Kate Bush’s recordings – December will Be Magic Again. In this story, Santa distributes a special mushroom [Steady on!! – Ed] and the distribution of this mushroom is referenced directly in the lyrics:

My personal favourite is “come to sparkle the dark up (with just a touch of make-up)”. Basically, a wedding sacrament in Lithuania using this mushroom is still carried out to this day.

This time of year can be difficult for a lot of people. Please stay safe. The Samaritans: https://www.samaritans.org  📞☎ 116 123